How to get rid of blackberries for good
3 287

How to get rid of blackberries for good

Despite the fact that blackberries are gradually gaining popularity among domestic gardeners as a valuable berry crop, for some garden owners, they can create serious problems. This is due to its ability to rapidly spread throughout the garden, forming numerous shoots. It is not an easy task to remove it if the gardener has decided to abandon the cultivation of this crop. This article will consider ways to remove unpretentious and viable blackberry bushes from the site. We will learn how to get rid of blackberries forever

What inventory is needed to get rid of blackberries forever 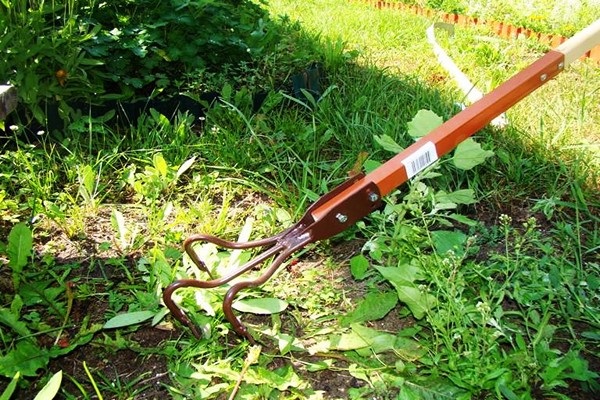 Since removing blackberries is not easy and often requires an integrated approach, a gardener may need a variety of tools for work. These include:

How to get rid of blackberries for good? 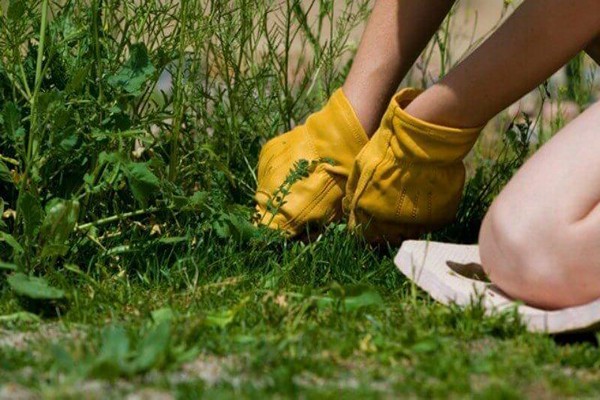 The most common ways to get rid of blackberries permanently include the following methods:

Blackberry control depending on the species 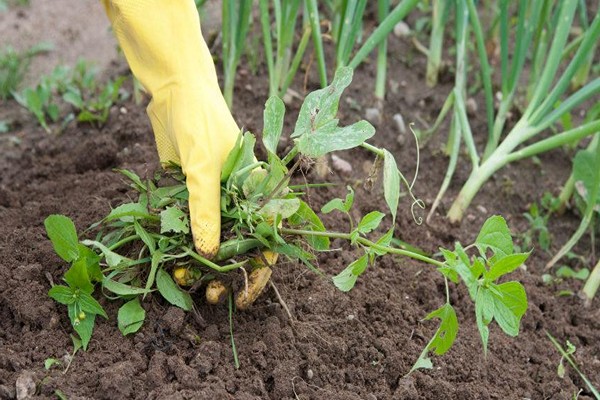 Blackberries belong to the Pink family - this genus of plants includes about 200 varieties. On the territory of Russia, only a few of them are ubiquitous. So, wild bushy blackberry is distinguished by drooping stems covered with numerous thorns. The fruits, sour with sweetish notes, are colored in a blue-violet hue. You can display it in one of the above ways. The same can be said about another variety common in the wild - the glaucous blackberry. On its erect stems of medium thorniness, medium-sized berries, marked with gray spots, ripen during the fruiting period.

As for the popular blackberry varieties bred by breeders, their breeding may require additional efforts from the gardener. The format of the article does not allow listing all four dozen blackberry varieties, so only the most popular ones will be considered below.

Gardeners who want to get rid of blackberries forever continue to improve their skills in dealing with this culture. For example, some gardeners prefer to use a pitchfork instead of a shovel when digging deeply buried roots of blackberry bushes.

It has been repeatedly noted that wild blackberries are most vulnerable to the effects of the Tornado herbicide. It is quite simple to use: blackberry bushes that have reached a height of about 15 cm must be sprayed with a chemical, choosing a calm and dry day. The best time for this procedure is morning or evening.

Removing blackberries over a large area 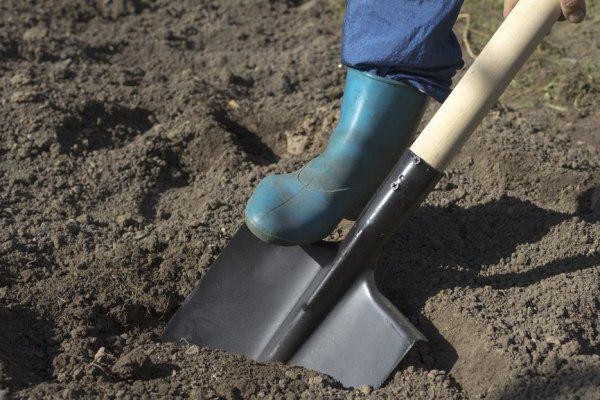 The larger the area of ​​blackberry plantings, the more difficult it is to remove blackberry bushes forever - you have to resort simultaneously to several methods of dealing with this tenacious crop. So, the first stage is reserved for traditional mechanical methods of removing overgrowth - mowing, cutting off the overground parts of the bushes with a pruner. The permissible height of the stumps remaining after mowing is no more than 15 cm. After manually removing the blackberry bushes, use herbicides. The final stage of how to get rid of blackberries for good involves covering the area with non-woven material that will prevent fresh growth from forming. Since the chemicals do not work immediately - about 30 days, you should observe the area cleared of blackberries. Fresh growth will inevitably appear and try to get out from under the spunbond. Therefore, the creation of a fence (the method was described above) will prevent the spread of blackberry sprouts. If there is no opportunity to build a fence, the only way out is to manually cut off the pruning shears or chop off the newly grown shoots with a shovel. Finally, if all other methods did not give the desired effect, you will have to dig up the area, removing the remnants of the root system of blackberry bushes. 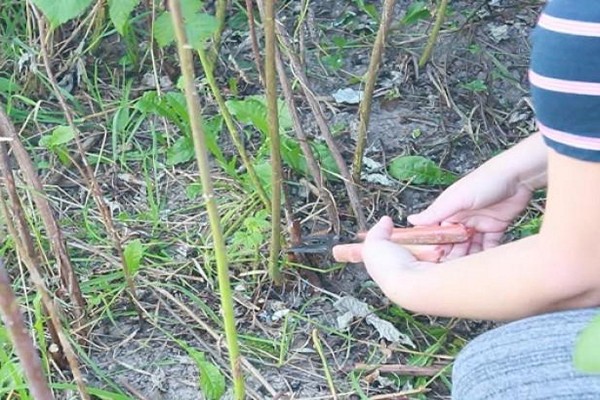 Measures to combat blackberry thickets can be carried out at any time of the year. For the spring-summer period, one of the methods given above is suitable, or their complex application. As for winter time, there are a number of nuances that distinguish the process of dealing with blackberries in the cold months. First of all, it is necessary to find out the degree of frost resistance of a particular blackberry variety.

If the variety is winter-hardy, it is necessary to regularly clean the remnants of the bushes from snow, not allowing snowdrifts to cover them. Of course, it makes no sense to use spunbond or other nonwoven materials for shelter. Before winter, the above-ground parts of the bush are pruned so that the stumps peep out from under the snow cover. Regular cleaning of blackberry beds from snow will increase the chances of frostbite and further death of the plant root system. You can dig up the roots only in the case of a mild winter, when it is quite easy to extract them from the ground.

As for varieties of blackberries with a low degree of frost resistance, the technology for dealing with them differs significantly from the previous one. First you need to cut off the aerial parts of the blackberry bushes, leaving only the stumps of the thickest shoots. They need to be covered with spunbond or other synthetic covering material, tied tightly. Then a fence is built around the blackberry beds, as described above. In the spring, after the snow melts, you need to dig out the shoots fastened together with a shovel.

How to get rid of blackberries forever: video

Transplanting clematis: why is it needed, when and how to transplant

Colombo potatoes: reviews, who planted, the secrets of planting varieties with photos 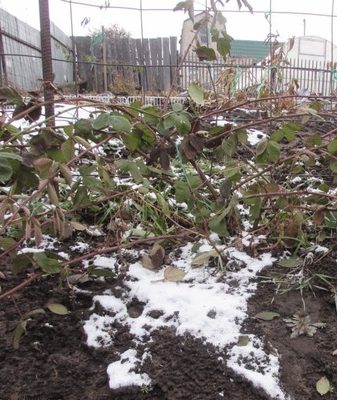 How to prepare blackberries for winter
Blackberries leave few people indifferent, most gardeners have tender feelings for these ... 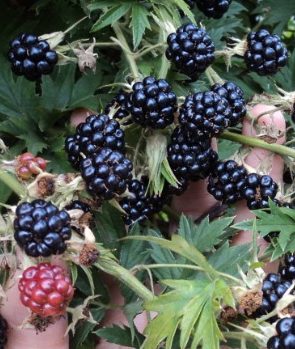 Blackberry Oregon Thornless
Blackberries are gradually gaining popularity among domestic gardeners due to their high ... 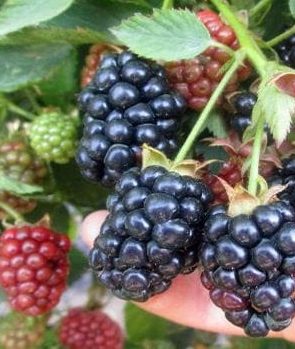 Blackberry in the Urals. Planting and leaving.
Wild blackberries are endowed with rather elongated shoots, which are covered with very ...
×