Pear Novelty is considered a summer variety, it was developed for both warm and cold regions. N. Tikhonov and A. Tolmacheva are the creators of this variety. 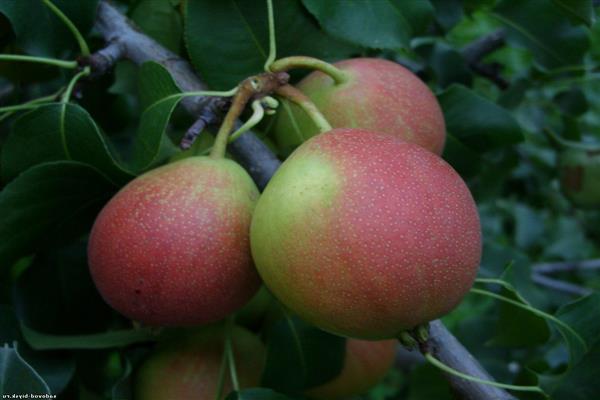 Pear New: photo of the variety

Pear variety Novinka is considered a semi-dwarf tree, as it reaches low heights. The crown is formed by an interesting shape, reminiscent of a pyramid with a sharp end. The color of the bark and branches is gray-brown, but becomes darker with age.

Each shoot grows to about the same length, it is very large and thick, and also curls slightly at the ends. You may also notice small red stripes if you cut the shoot in two. Each shoot has a huge number of lentils that resemble pointed plump ovals. Each bud is very close to the bark, it is small and very smooth to the touch. The foliage is of medium density, the leaf is very long and similar to the shape of an egg. The leaves have a light green color, it is interesting that the color changes with the age of the plant. The older, the darker the color becomes. At an early age, they also have a bluish tint, but it can only be seen in sunlight.

The buds on the tree differ in their size, they are large, unlike other varieties, the flowers of which are very small and do not attract attention. Each bud consists of several white-pink petals. The pear has a faint aroma.

Pear trees New medium size, about 180 grams, but sometimes there are 220-240 grams of pears. The skin of the fruit is very soft and does not have any bumps that are often found in other varieties. When fully ripe, most of the pear becomes reddish in color. The length of the peduncle is medium, it is also curved and has a small thickness.

You can harvest at the end of August, by which time more fruits will be orange-red. It is recommended to store such pears for no more than one week. But, if you want to extend the shelf life, then harvest 3 weeks earlier. Such a crop can be stored for about 30-40 days.

From positive sides varieties of pears Novelty can be distinguished:

Apple Lada: TOP reviews, ALL secrets of the variety, description and photo

Onion fly: TOP effective methods of fighting in the garden 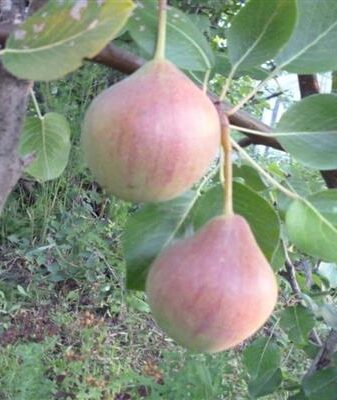 Pear Veselinka
In this article, we will present the Veselinka pear, its characteristics, history and features. ... 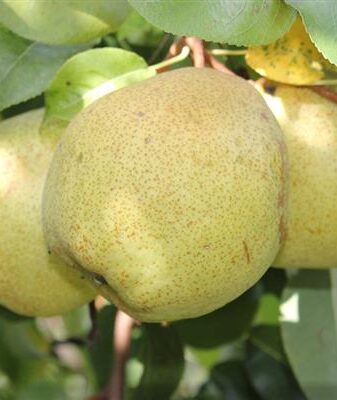 Pear Hera
The Gera pear is characterized by a large amount of harvest, non-capricious behavior and amazing ...
×