Dagestan summer pear: the history of the variety

Dagestan summer pear was obtained in the North Caucasus region of our country, at the Dagestan selection experimental station of fruit crops by breeders Alibekov T.B. and Matasova E.P. It was bred by crossing a European variety Williams and a pear variety native to Dagestan Gimrinskaya... Since 1974 pear variety Dagestanskaya summer is under state control, and in 1993. it was officially entered into the state register for the North Caucasus region.

The Dagestanskaya summer pear variety has become widespread throughout the territory of Dagestan, especially in the Foothills zone.

Dagestan summer pear: description of the variety and characteristics

The pear tree of the Dagestan Summer variety has an average height and a pyramidal crown. Moreover, at the beginning of its life cycle, the crown of the tree is quite narrow, and with the beginning of the fruiting period, it expands. It is worth noting that the Dagestan Summer is a variety that enters the fruiting period early. You can enjoy the first fruits in 5-6 years.

The branches of the tree are rather long and wide in diameter, geniculate, round in cut, and have a dark shade of red. Leaves are medium in size, slightly elongated, elliptical in shape. The surface of the sheet is glossy, saturated green. Stipules are also large and long, in the form of a lancet, the leaf petiole is elongated.

The Dagestan summer pear variety, when grown in a familiar territory, is not often exposed to various fungal diseases, including scab. It also tolerates winter well in Dagestan conditions. There is truth, and one drawback, this pear does not tolerate the neighborhood with quince. 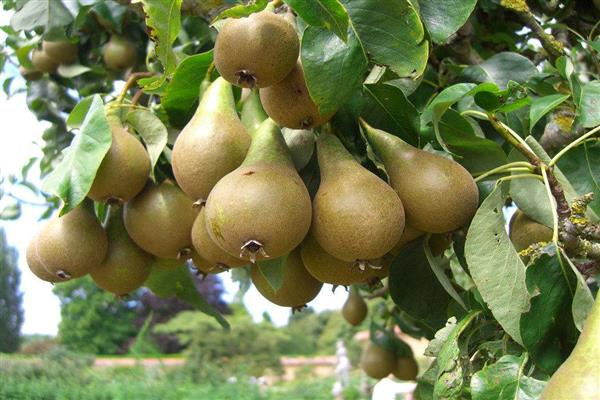 To get pears, the tree must be pollinated. The most suitable varieties for this would be Williams pears, Clapp's Favorite, Bere Bosc.

The Dagestanskaya summer pear variety in general has a high yield rate, about 170 c / ha, and also belongs to the varieties that bear fruit annually. Fruit picking begins at the end of August, around the 25th. The harvested crop can be stored for two weeks.

The pears themselves of the Dagestan Summer variety are very large - from 170 to 350g, elongated, slightly rough, have a basic yellow color, with a red covering color. The stem of a pear is medium-sized and not wide. The cup is small, usually closed, but the tube under the cup has a large diameter and looks like a vase. The chambers in which the seeds are completely closed are below average in size. The seeds themselves are not large, oval-sharp, brownish in color, without an axial cavity.

The fruit has a balanced taste, sweet with sourness. The pulp is light beige in color, with a high content of juice, as if a little oily, with a bright pronounced aroma, melts in the mouth. The main area of ​​application is for fresh consumption.

Summing up, it can be noted that the Dagestan summer pear variety is very successful for growing in the climatic zone of the Republic of Dagestan, it is fast-growing, high-yielding, winter-hardy and resistant to diseases.

When and how to plant an apple tree? Selection of seedlings and location 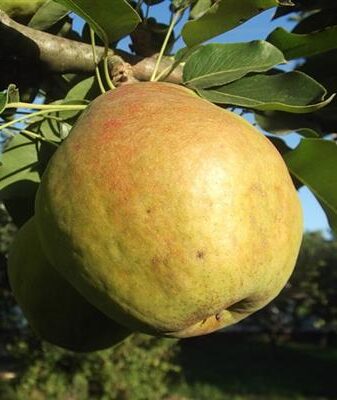 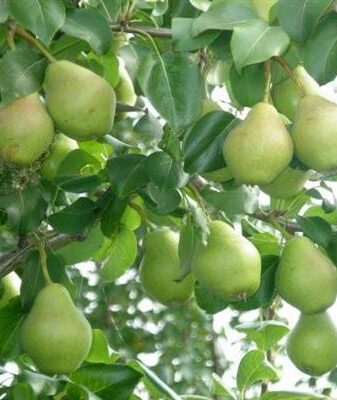 Pear Myth
Pear Myth is considered late ripening, and it was bred quite recently, in the Ural ... 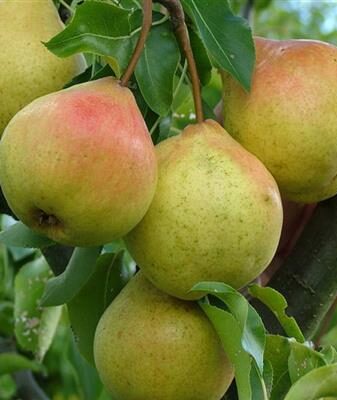 Pear in Memory of Yakovlev
Surely, every gardener, summer resident has a pear growing on his personal plot. Precisely in order to ...
×