Blueberries in the Moscow region: 4 best varieties of garden blueberries, planting and care
492

Blueberries in the Moscow region: 4 best varieties of garden blueberries, planting and care

Garden blueberries in the Moscow region

Blueberries are a berry that has many beneficial qualities and properties. Due to its composition, as well as a fairly high level of yield, today it has become one of the most popular berries, which is grown in various fields. For a long time, everyone considered blueberries to be an exotic northern berry, but thanks to breeders and agronomists, today several varieties have been bred at once, which make it possible to grow this berry even in the Moscow region.

Garden blueberries are quite unpretentious, and also frost-resistant - this is what it inherited from its progenitor - the wild blueberry. In addition, we will highlight a few more features that characterize garden blueberries and the specifics of their cultivation and berries:

But there are several aspects in which garden blueberries are inferior to wild ones. Firstly, the beneficial qualities of berries, since the home garden does not have such a volume of substances and vitamins that the wild one. Secondly, it is worth noting that the home blueberry bush can only bear fruit for 6 years, after which it must be planted. In this regard, wild blueberries have a huge advantage - under normal conditions, they can bear fruit for half a century.

In any case, according to experienced gardeners, blueberries in the garden are an integral part, which is also beneficial. Especially considering that the market value of blueberries is very high.

Planting blueberries in the Moscow region at different periods has its own characteristics. The success of planting and further fruiting is primarily due to whether the gardener has chosen the right place, as well as whether he has prepared the soil correctly. Blueberries in the Moscow region need a plot that will be well protected from the wind, and at the same time will not have any restrictions around them for the flow of sunlight and illumination in general. The area where blueberries are planted must be "rested". This means that no planting should take place in this area for at least several years before the blueberry bush is planted there.

Both autumn and spring periods are suitable for planting blueberries in the Moscow region, although the latter is considered more preferable by gardeners, since the plant adapts faster and gets stronger to periods of winter frost, which generally enhances its immune system and stress resistance. In the spring, blueberries should be planted in the ground even before the buds on the bush have swollen. In the Moscow region, this period falls around mid-April. It is recommended to purchase seedlings in pots from experienced and proven gardeners. In the pot, the root system is already a little entrenched, and will be more viable after the blueberry bush is placed in the open ground.

The planting procedure consists of several stages. First, you need to make a depression by half a meter, when planting several plants at once, the distance between the indentations should be from half a meter to a meter, depending on the blueberry variety and what height the adult bush will have. Then the bottom of the hole must be well loosened, a peat bog should be placed there, which is mixed with needles and sawdust. This will become a kind of drainage. Then it is necessary to carry about 50 grams of sulfur to create the ideal conditions for the further growth of the blueberry. A seedling is placed in the hole, the root system is straightened, it is covered with soil and watered in abundant quantities. It is recommended to use mulch, which consists of coniferous sawdust.

Caring for garden blueberries in the Moscow region

Like any plant, blueberries grown in the Moscow region need careful care. It includes all the most standard procedures, which the gardener will receive a rich harvest and healthy blueberry bushes.

Watering should be carried out once every 2 weeks, even if the weather outside is rainy, and the bush is already getting enough moisture. If there is a hot and dry period, then the plant is best watered twice - once in the morning and once in the evening. The norm of water is 1 standard bucket per 1 blueberry bush. It is also important to loosen the soil, since the root system is very supportive to this, and ventilation will only benefit it.

Weeds are the enemies of any plant, including blueberries. Therefore, they should be removed so that the root system receives adequate nutrition in the volume necessary for its growth and development. As for fertilizers, they are best applied in the spring. Typically, these are fertilizers such as superphosphate, zinc sulfate and potash fertilizers, which are extremely beneficial for the plant and its growth.

Speaking about garden plots near Moscow, it must be emphasized that usually gardeners choose tall varieties. They can easily withstand adverse weather and climatic conditions, while maintaining their properties, appearance and abundance of fruiting. As a rule, American high-yielding blueberry varieties are chosen for the Moscow region. 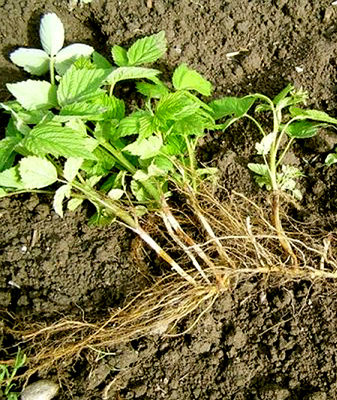 Blackberry propagation
Blackberries are everyone's favorite, healthy berry, which, by the way, is so loved by children. She's not too ... 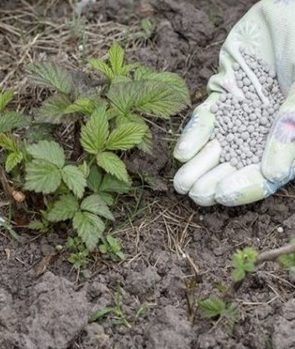 Blackberry feeding
Fertilizing blackberries is a very important event, because it is thanks to the timely introduction of ... 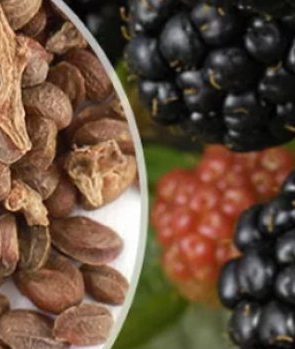 Blackberries from seeds: growing at home
Blackberries are not as popular among domestic gardeners as raspberries or strawberries ...
×