To begin with, Blue Hydrangea is a garden shrub that is literally covered in superb light blue flowers. Due to its rather spectacular appearance, this plant is actively used by landscape designers when decorating gazebos and alleys, for decorating sites near administrative buildings, as well as for the formation of hedges near houses.

The most common varieties

It should be noted that blue hydrangea is not a separate representative of the hydrangea species. This name came about due to an interesting and rather unusual shade of inflorescences: from pale blue to bright blue. This shade of flowers is more common in large-leaved hydrangea, there are also two and three-colored species that can change their color during the season. In addition, if you create special conditions during the growing period, as well as water with a certain composition. Quite experienced farmers and gardeners already know how to give the buds of this plant a blue color. Such shrubs with blue inflorescences most often have rather large foliage. The flowers of the blue hydrangea are round in shape and rather large in size. They can give color for a long time, and even magnificently. Since the beginning of its appearance, this large-leaved hydrangea was grown indoors, due to the fact that it had a rather low index of resistance to cold and sudden changes in temperature. And later, thanks to the efforts of breeders, varieties that are quite cold-tolerant, capable of changing their color during flowering, appeared. And most gardeners and landscape designers are very interested in such varieties. The most common varieties of large-leaved blue hydrangea with blue flowers are:

- Plot for cultivation and soil preparation. The best time to plant a blue hydrangea is March or September. An excellent and suitable growing area is a partial shade area. This is because direct sunlight adversely affects the development and growth of the plant, because of this, the flowers will grow small in size, and the flowering period itself will be short-lived.

It would be best to choose a place on a small lawn, next to branched and tall trees that can create diffused lighting for this shrub. But it is worth noting that this shrub should not be planted near other plantings, because this plant can grow quite enough, especially with proper care. That is why it is worth allocating enough free space near it, which will be at least 2.5 meters. For intensive growth, health and development, as well as for abundant and long flowering, this shrub should be planted in fairly well-prepared soil containing a large amount of useful microelements. Also, the soil must be constantly moistened and loosened, this is a very important condition when growing this plant. You can make high-quality soil with your own hands, or purchase it in a specialized store. Blue hydrangea prefers to grow in an acidic environment and does not want to tolerate large amounts of lime at all, keep this in mind when planting. The soil for planting should include such components as three parts of turf, one part of coarse sand and three parts of leafy soil.

- Landing in an open space. For such a planting, seedlings of three-year-old plants will be a wonderful option. You can buy them in a specialized store. Planting a blue hydrangea is as follows: Prepare a seedling hole about half a meter wide and about 40 centimeters deep. Approximately one day before planting, pour 5 buckets of water into it so that the soil is well saturated with moisture. The next day after this, pour nutrient soil and a small amount of mineral fertilizers into the hole to stimulate root growth. Insert the seedling into the center of the dug hole, lay out the roots neatly and cover with earth, not forgetting to compact it a little around the stem of the seedling.Next, water the root part abundantly and put needles or a layer of peat around the plant.

- Features of care. As mentioned earlier, blue hydrangea is considered to be quite demanding on moisture. Therefore, first of all, this hydrangea requires a constant irrigation procedure. Lack of moisture has a very negative effect on the quality of flowering and overall health. The watering procedure is best done twice a week, and pouring about 4 buckets of water under each plant. The most important thing is to prevent the soil near the bush from drying out. And in hot and dry weather, it is worth spraying hydrangeas. In the frosty season, the watering procedure is reduced to once a month. Fertilizing is also considered an integral part of basic care rules. Initially, feeding is carried out in the spring. It should include such components as potassium sulfide, urea and superphosphate. The next top dressing is applied in July, during the budding period. It contains potassium sulphide and superphosphate. The last top dressing is done in September, with the help of organic matter.

From time to time, blue hydrangea is required to carry out a pruning procedure. If you miss this stage of care, then after a while the shrub will grow to a huge and incomprehensible mass of green, and it certainly will not look decorative. Given that absolutely all varieties of blue hydrangea can bloom not only on new, but also on last year's shoots, the pruning procedure should be done in several stages. This is done this way: in the spring (from March to April), some old shoots are required, and along with them the shoots are diseased, damaged and dried up. Annual shoots are shortened, only about 6 buds remain. When the plant is thickened, some part of the shoots is completely removed. In the autumn, all flowers should be removed from the plant. A donkey of such a procedure does not need to feed the plant.

In the last days of November, the leaves of this plant begin to fall off, the blue hydrangea begins to prepare for the winter period, it begins a dormant period that lasts three months. And upon the arrival of warm weather, the plant wakes up again and quickly begins the recovery process.

Caring for blue hydrangeas in the cold season is quite simple and common. You just need to reduce the amount of watering, but not dry out the land. Fertilizing at this point in time is also not required. If the hydrangea grows in a special container, then it should be removed to a slightly darkened and cool place. Hydrangea growing in an open space before the cold weather is insulated with a covering material.

How to make a blue hydrangea?

There are some varieties of blue hydrangea that are endowed with the ability to change their color of the inflorescences. It depends on the composition of the earth. With a high acidity of the soil, the inflorescences of this plant by themselves are capable of changing the shade, for example, from pink to purple, and white to blue. But there is such an opportunity to change the shade by an artificial method. This requires:

But it should be borne in mind that it is not worth using these methods for a long time, since the soil can irreversibly change its composition, and not for the better. It will no longer be possible to grow anything on this site. That is why experienced farmers and gardeners advise growing blue hydrangeas in special separate containers into which you can add the desired soil and change its composition without consequences. 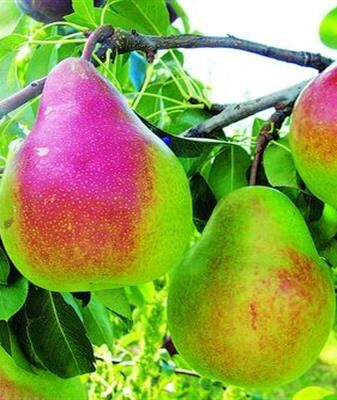 Pear Leuven
Pear Leven was obtained in Krasnodar from the NKZNIISiV. A group worked on breeding the variety ... 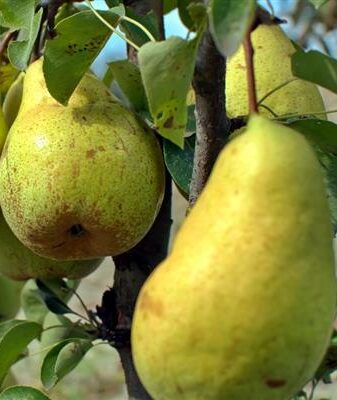 Pear Kieffer
More than a century and a half history of the Kieffer pear began on the North American continent. Seedling...
×