Hybrid of currants and gooseberries
81

Hybrid of currants and gooseberries

Yoshta is a berry shrub, which is the result of crossing two types of gooseberries - regular and splayed, as well as black currant. The name of this berry culture is formed by adding the beginnings of two German words - Johannisbeer (currant) andStashelbeere (gooseberry). Joshta was bred back in the seventies of the last century, by the German breeder Rudolf Bauer. And this hybrid became available to gardeners and truck farmers only ten years later. Over the past time, yoshta has become a rather popular shrub, the fruits of which are consumed fresh, canned and frozen. Today, this plant can be easily found in many specialty stores and garden markets. 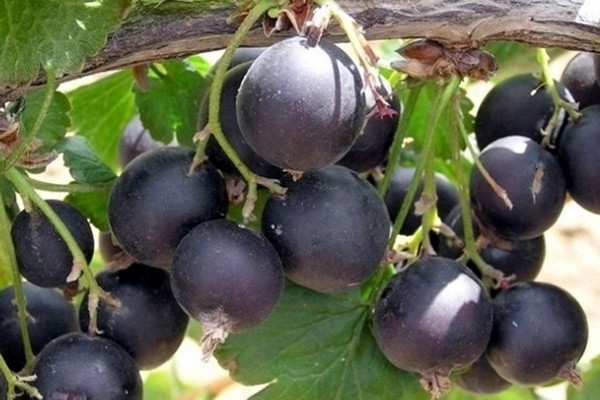 Description and advantages of the hybrid.

Yoshta develops in the form of a shrub with a spreading crown, reaching a diameter of 1.5-2 meters. Strong, thick shoots, the length of which, as a rule, is not less than one and a half meters, also give a powerful appearance to the plant. And in the presence of favorable conditions for growth, it can exceed this value. Moreover, the branches do not have thorns. The bush is characterized by a well-developed root system that goes into the soil to a depth of half a meter.

The foliage of the shrub is bright green, embossed, with well-developed light veins, without any pronounced odor, typical, for example, of a currant leaf. In shape, the leaf plate looks more like a gooseberry leaf, only of a much larger size. The bush forms large flower stalks and, correspondingly, dark purple fruits. Thanks to the strong stem, the berries do not crumble.

The shrub begins to bear fruit from the second year after planting. Fruiting can continue for more than a decade. Depending on the variety of yoshta, these periods can be twenty and thirty years. This is undoubtedly the advantage of the hybrid. And among other positive qualities of yoshta, it should be noted frost resistance, which allows gardeners to grow shrubs in regions with a temperate climate, resistance to diseases, as well as easy care. 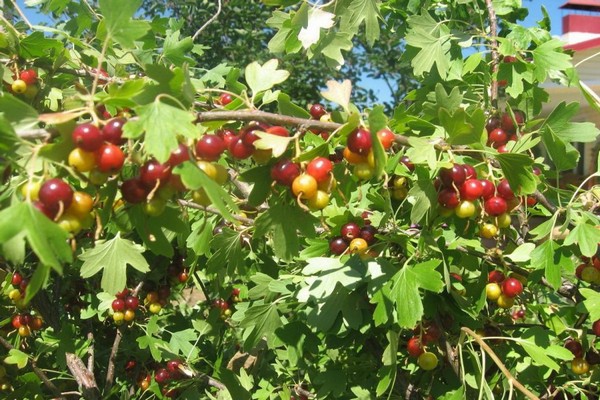 The optimal place for growing shrubs will be a slightly elevated, well-lit area. Experts do not advise planting yoshta in lowlands, on swampy soil, as well as in areas with a high groundwater table. If it is impossible to comply with these conditions, it is necessary to raise the level of the planting holes by making an embankment. In addition, a drainage layer is necessarily made at the bottom of the fossa.

Also, experienced gardeners who practice yoshta cultivation note the high yield of the shrub planted next to the black currant bushes.

When choosing planting material, it is necessary to carefully examine the root system of the seedling. It must be strong, not have any breakage, damage or cut. The color of healthy shoots of the bush is gray-green. It should be remembered that seedlings with brown or black shoots are most likely no longer viable.

Yoshta can be planted both in spring and in autumn. In the first case, this is the beginning of March, in the second - mid-September. The size of the planting pit is 50 cm in length, width and depth. If several plants are supposed to be planted at once, then the distance between them should be at least 1.5-2 meters. By the way, quite often yoshta is planted with a whole hedge and this does not affect its yield. Before planting, dry, broken branches are removed from the seedling.With planting, it is better not to delay and plant the plant immediately after purchasing it. However, it is not worth planting a withered plant. The seedling, in this case, for about a day, is placed in water so that the root system is saturated with moisture, the plant is easier to transplant and take root.

When planting shrubs in the spring, experts recommend starting the preparation of planting holes in the fall. Wood ash, phosphate fertilizers, fertile soil are introduced into the dug hole and the resulting soil mixture is poured with water. In the spring, this mixture must be properly loosened, after which you can start planting seedlings.

The shrub, as already noted, is not whimsical at all in care. In fact, caring for yoshta involves the same activities as when growing currants or gooseberries.

Watering the plant is carried out as needed, taking into account the quality of the soil and weather conditions. There is no established frequency of irrigation. In addition, periodically, the soil should be loosened, providing air flow to the roots. Loosening will have to be carried out regularly in areas with heavy soil.

Weeding is carried out as the weeds appear. Overgrowth of weeds will cause the soil to dry out quickly. strongly draw moisture from the ground and lack of nutrients.

To maintain a high yield of the shrub, it is necessary to prune twice a season. In the spring, dry branches are removed, as well as those that have mechanical damage or traces of infection or pests. In the fall, in addition to sanitary pruning, shaping is also carried out. Cut branches growing to the bottom or inside the crown, as well as weak or poorly developed shoots.

Despite the fact that yoshta is distinguished by good resistance to damage by various diseases and pests, experts still recommend preventive treatments. Before the buds bloom, the shrub can be sprayed with fungicide solutions, such as: nitrophene, Bordeaux mixture, copper sulfate. After the leaves have fallen off, this treatment can be repeated, since many pests are quite capable of hibernating on the shoots of shrubs. Many gardeners also use a urea solution for these purposes, which, in addition to preventing the appearance of diseases and pests, is also a fertilizer containing the nitrogen necessary for the plant. 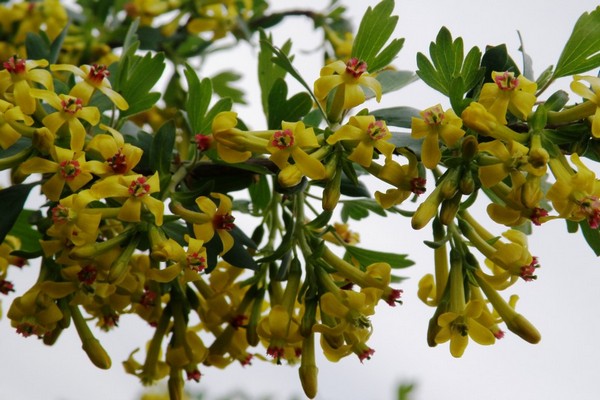 The difference in yoshta varieties, among other things, is due to the greater degree of similarity of the shrub with either currants or gooseberries. The most famous among them are several.

For example, the British variety - "EMB", is characterized by a greater similarity with gooseberries. The plant reaches a height of 2 meters, has a high yield and large fruits.

Joshta "Krona" is of Swedish origin. Yield indicators are average, as is the size of the fruits. This variety is very much in demand when planting as a "hedge". 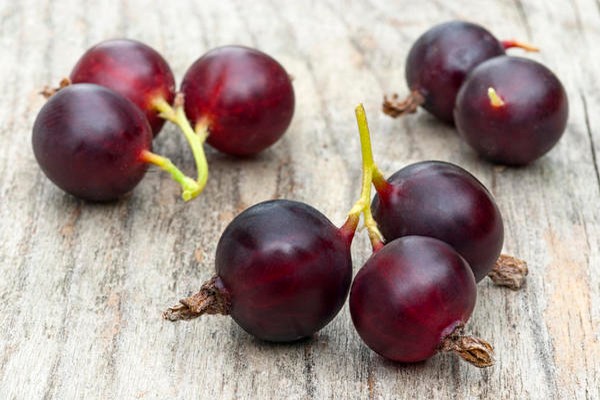 Variety "Rekst" was bred by Russian breeders taking into account the climatic conditions of most regions. That is why the peculiarity of the variety is its good frost resistance. In addition, the fruits of Rext yoshta are very fragrant and pleasant to the taste.

Yoshta "Johini" has its own taste, which is not typical for either gooseberries or currants. The berries are sweeter and have a slightly tart taste. This variety, in general, has little in common with these berry crops.

Recently bred and not very well-known today variety of yoshta "Moro". The shrub, unlike other varieties, is less spreading, developing in the form of a column. The berries are quite large, in size, rather similar to cherries, with a pleasant nutmeg aroma.

Secrets of a beautiful and harmonious garden + photo