Pruning has a beneficial effect on blackberries, regardless of their variety - whether they are upright, remontant or creeping species. This procedure is laborious and requires some skills and knowledge. This article will focus on the basic principles of pruning blackberry bushes. This process is also called "blackberry formation". 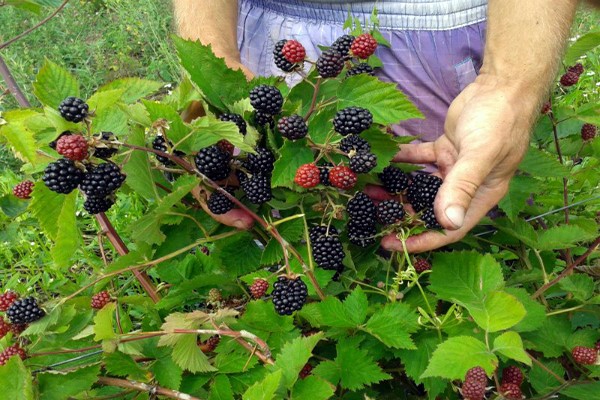 Only old shoots that bore fruit in the current season are subject to shortening. You do not need to cut off young shoots - next year berries will form on them. But last year's branches have already fulfilled their function and will continue to only take food away from new shoots. They should be removed carefully, following a specific technology.

Blackberry pruning is done twice a season - in spring and autumn.

During pruning, you should not be afraid to overdo it and remove too many shoots - it is better to cut a few healthy branches than to leave old and damaged branches. A small number of healthy shoots can produce more fruit than a heavily thickened and weakened bush.

How to prune blackberries 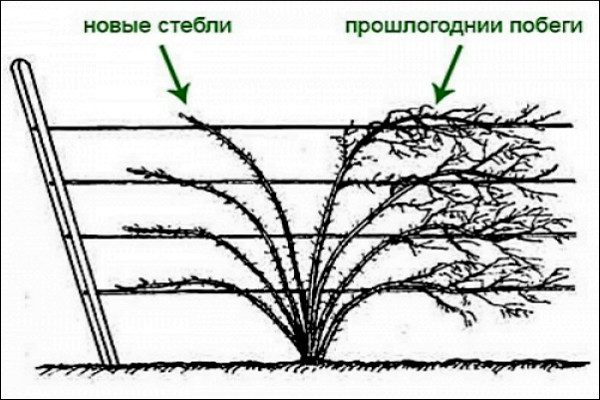 how to prune blackberries

A distinctive feature of spring pruning of blackberries is its inherent function of forming a bush. When cutting off affected and weak branches, you should do this not only carefully, but also strive to give the blackberry bush a shape that will facilitate autumn pruning and sheltering the plant for the winter. Forming also allows you to maintain the attractive appearance of blackberry plantings.

Erect blackberries are distinguished by their ability to withstand fairly severe frosts. However, she also needs shelter for the winter, which is much easier to provide after pruning the bush.

The optimal shape for erect blackberry bushes is the shape of a fan. To preserve it, with the arrival of spring, last year's lashes of bushes are raised from the ground and tied to vertical supports, for example, to trellises. They should be placed right in the center of the bush, above its base. Fresh shoots of the current season, therefore, will be placed on the sides - they need to be tied to the bottom of the trellis so that they are parallel to the ground surface.

During autumn pruning, the central whips are removed from the erect bushes, and the side shoots are shortened and laid on the ground. They will hibernate, and next season they will harvest berries. Any non-woven material, burlap, straw, agrofibre can act as a shelter for blackberries. 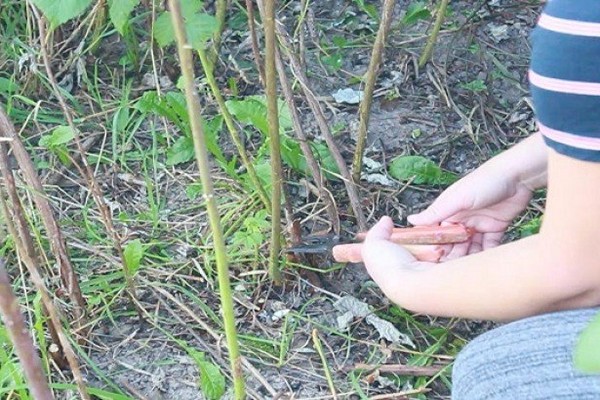 Creeping blackberries cannot boast of resistance to severe frost, so shaping pruning is vital for them in preparation for winter.To simplify the procedure, it is necessary to sort the shoots even in springtime: young vegetative branches are wound on a trellis on one side, last year's fruiting whips on the other.

When starting the autumn pruning, first of all, you need to remove all the lashes formed during the summer period. Then the blackberry bush must be carefully removed from the trellis, untangled its shoots, spread them on the ground, keeping the division into two groups. All old shoots that have borne fruit this season are cut at the root. Of the young shoots, no more than 10 of the strongest and healthiest are left, the rest are also removed. The remaining lashes must be carefully folded so that they do not get tangled, and then placed in a recess previously dug in the ground. A protective layer is placed on top: in the case of thornless varieties of blackberries, you can do without digging out a depression and simply wrap the lashes with a layer of agrofibre. 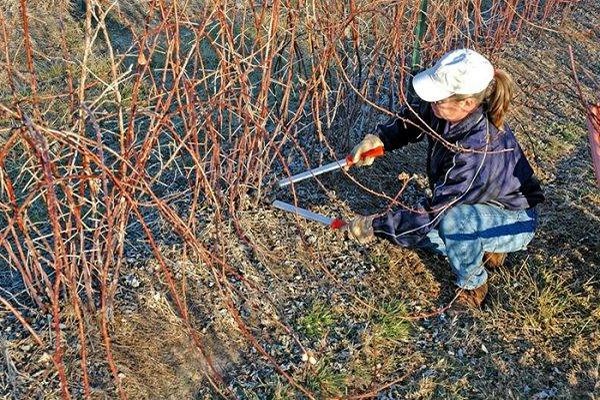 Pruning repairing blackberry bushes is much easier than creeping or upright varieties. The pruning procedure is reduced to the removal of all ground parts of the plant. Only the root system remains, which needs to be covered from the effects of low temperatures. In the next season, the blackberries will form fresh shoots that will bear fruit in the summer.

Why is the formation of blackberries necessary? 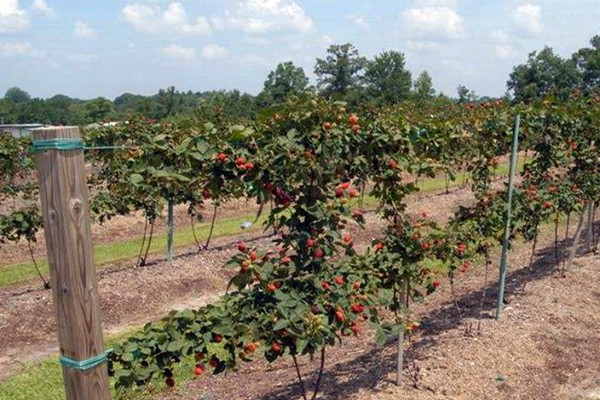 Correct pruning blackberry bushes allows not only to preserve their neat appearance, but is also an obligatory stage in preparing the plant for the winter period. In addition, it prevents thickening of the bushes and contributes to the strengthening of the remaining shoots and their more abundant fruiting.

Mushrooms in the country: TOP important tips on how to grow with photos and videos