This subspecies of such a fruit and berry crop as black currant, which will be discussed in this article, belongs to the representatives of plants with an average period of fruit ripening. Blackcurrant A gift to Kuminov appeared at the Novosibirsk ZPNAOS, thanks to the works of such scientific breeders as A.A. Potapenko, A.I. Degtyareva, V.N. Sorokopudov, by selection of currant subspecies Seedling Golubki and Berdchanka. In 2007, this subspecies was entered in the State Register and zoned in the East Siberian region. 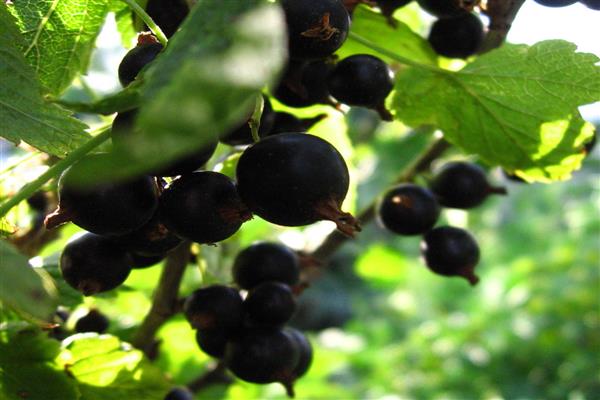 The shrub of this subspecies of black currant has an average growth rate and spreading. The shoots are lignified, of medium size, have a pale brown color, they do not have pubescence. The buds are quite small and pale green in color.

The leaves of this bush are three-lobed. One such leaf is endowed with a medium size, has very small cutouts and a dark green color. Its surface is matte and leathery, has a wrinkled structure with a concave plate. The teeth are of medium size.

The fruits of this subspecies are large enough, each berry can reach from 2.4 to 5 grams. The taste of such berries is sweet, with a slight sourness. When tasting the fruits of this variety, they received an assessment of 4.2 points, out of five possible. In its chemical composition, the fruits contain: the sum of sugars 9 percent, titratable acids 3 percent, ascorbic acid (vitamin C) 126 milligrams per 100 grams of product.

The main distinguishing features of the subspecies under consideration include: a high level of frost tolerance, good immunity to such a common and dangerous disease as powdery mildew, as well as good resistance to kidney mite attacks. It is also worth noting that the average yield of this subspecies is 3.2 kilograms per shrub, and if you look at an industrial scale, then 10.6 tons per hectare.

Like any other variety, the blackcurrant subspecies considered in this article has its positive and negative characteristics. The advantages of this subspecies are:

The main disadvantages of the subspecies can be called the insufficient level of immunity to diseases of septoria and hazel grouse.

White radish. We grow a rich harvest together!