Cherry Fatezh is popular among gardeners in the Center of Russia. At first, the cherry tree was grown exclusively in the south. Sweet cherries like elevated temperature conditions, it responds negatively to cold snaps. But science is developing. Scientists are zoning and crossing cherry varieties to develop new, more resistant hybrid cherries. 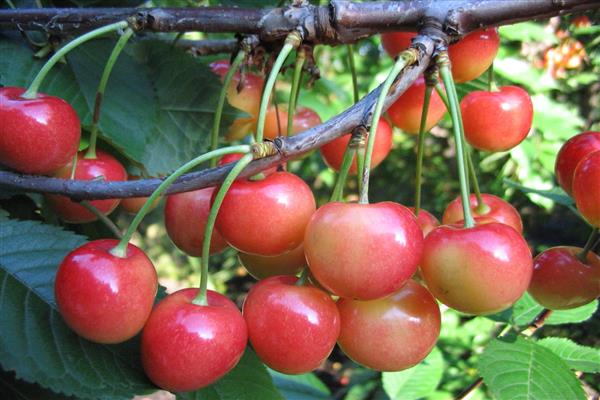 Cherry Fatezh bred by Russian breeders. The authorship belongs to: A. I. Evstratov, Kh. K. Enikeev. The variety was obtained on the basis of the All-Russian Institute of Selection and Technology of Horticulture and Nursery. The scientists took biostimulants and gamma rays as the basis for selection.

In 1999, after the breeders successfully experimented with the Leningradskaya Zheltaya sweet cherry, the result was a new hybrid variety. It was named after the city of Fatezh, which is located in the Kursk region. The variety was on a trial period for two years, as a result, it was included in the state register in 2001 and zoned in the Center and in the North-West.

The sweet cherry variety Fatezh can be successfully grown in the Moscow region and in the Center of Russia. In the northwestern territory, you can also get high yields, because the crop is recommended for cultivation in regions with changeable climatic conditions, in addition, the Fatezh cherry is highly resistant to frost temperatures. In another climate of our country, it is impossible to cultivate the variety we are considering because of the cold, long-lasting winter seasons.

The cherry tree Fatezh is quite tall, reaching three meters, the tallest trees grow up to five meters high. The crown is lush, spreading and round, because the adult branches lean to the ground. The bark is brown and smooth. The leaves are located on the branches rather densely. The leaf blade is elongated and wide, with a jagged edge, soft, its surface is shiny and rich, and the inner side has a lighter shade and texture due to the veins.

The secret of the Fatezh cherry variety is that it contains all the main indicators that are characteristic of plants grown in the north.

Winter resistance is above average. The tree perfectly withstands frost temperatures down to minus twenty-seven to thirty-five degrees, the kidneys can often suffer from repeated cold snaps. If you take proper care of the tree, then it will recover in a few years and will bear fruit, as before.

The variety tolerates drought well because it likes to grow in light, well-drained soil. And cherries have an extremely negative attitude to stagnant liquid.

For the first time, the cherry variety Fatezh begins to bloom from the fourth year after planting, at the same time the leaves bloom. Boiling white flowers are formed on the five lower buds of young shoots or on bouquet branches. Fruits fully ripen from June 20-30-July 1-10.

Cherry Fatezh is not self-fertile. In this regard, for the formation of the crop, it needs pollination varieties growing in the neighborhood. For the role of pollinators of cherries, Fatezh will be suitable: “Jealous», «Iput», «Bryansk».

Fatezh begins to bear fruit from the fourth year, the highest yields are brought in ten years. By this time, thirty kg of fruits are harvested from each cherry. The record maximum yield is fifty kg per tree. Fruits are yellow-red in color, rounded, slightly flattened. One berry weighs from four to six grams. The inner contents of the cherry are juicy, the skin is plump and smooth, and therefore the fruits are well transported and stored.

Dessert fruits. Mostly sweet, slightly sour. The taste rating is very high. During heat treatment, berries are not deformed. Therefore, the fruits can be eaten fresh, canned and added to pies.

The cherry variety Fatezh is endowed with good immune protection to fight fungal diseases, therefore, it cannot be affected by such well-known infections as moniliosis and coccomycosis. Among the pests, the cherry fly, aphid, and moth are especially dangerous. The cherry variety Fatezh is prone to only one disease - gum flow, but it can be easily avoided if you follow the recommendations for cultivation. 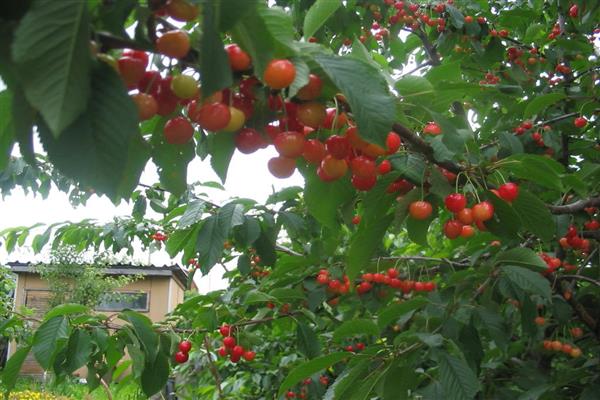 Planting the cherry variety Fatezh is necessary in the same way as planting other varieties. The peculiarities of planting are more related to the climate, because the Fatezh cherry variety is recommended for growing in an area where cherry trees have not been planted in principle.

In the Center and in the North-West, it is advisable to plan planting for the spring season, because young and weak seedlings may not withstand frosty temperatures after planting in the fall.

In the south, with a mild winter period, you can land on October days, fifteen to twenty days before the arrival of cold snaps. During this period, the tree will successfully root on a new site. Also, the condition of the roots affects the planting time. Planting material with an open root system takes root only when planting in the spring, seedlings with closed roots successfully adapt in both the spring and autumn seasons.

The best time for planting Fatezh cherries in the spring is April days, with the late onset of the spring season, planting is postponed to the first days of May.

The cherry variety Fatezh is whimsical to the quality composition of the soil and to its location on the site. It is forbidden to plant heavy clay soils, on which underground waters lie close, as well as open spaces with gusty and through winds, slopes from the north, places in the shade, low-lying areas.

Great for planting varieties of places that are fenced off from the winds: old garden plots, forest edges and slopes from the south. You can plant a tree along the walls of buildings, but an indent from them is required at least three meters, in order to avoid further problems with the foundation.

Keep in mind that a cherry tree needs a place that is well lit by the sun and light, drained loam. The acid content in the soil should be neutral - six to seven pH. Groundwater should be at least two meters deep. Otherwise, you will have to build a high ridge or form high-quality drainage.

The cherry variety Fatezh is self-fertile, so it is necessary to sow melliferous herbaceous crops nearby.They will attract insects and inhibit weed growth. Plants such as clover, mustard, phacelia are suitable for this role.

For the tree to grow actively, crops with fruits that have a bone are suitable: cherry, apricot, plum, grape.

It is forbidden to plant near the plant: nightshade (tomatoes, potatoes, peppers), as they are spreading diseases; gooseberries, raspberries, currants - they steal food; sea ​​buckthorn - because of it, the cherry root system does not develop.

Before purchasing, carefully inspect all cherry fragments. They must be intact, intact. If the roots are black, this means that the plant is sick. Inspect the foliage from all sides, because harmful insects and diseases can often hide at the bottom of the sheet.

Do not choose a very tall plant, as it will take less root. There should be a slight curvature at the bottom of the stem (five to fifteen cm from the ground), this is the grafting site.

Pits for planting Fatezh cherries are harvested in the autumn season, it does not depend on the planting time. The dimensions of the hole are seventy by seventy by seventy cm. If you plan to plant more than one tree, then leave an interval of three meters between the holes.

A drainage layer up to seven cm thick is laid at the bottom of the pit. Drainage can consist of expanded clay or broken brick. Next, the soil mixture is laid out, it contains ash (one kg), sodium sulfate (0.1 kg), superphosphate (0.4 kg). Then an earthen layer is laid, ten cm thick.

A seedling is placed on this layer, the roots are carefully straightened. A stake is driven in near the plant, a cherry is tied to it. The hole is filled with soil in such a way that the root collar deepens by five to eight cm. The soil is compacted and thoroughly watered with thirty liters of water. Mulch from peat or humus is laid on top (layer three to five cm). 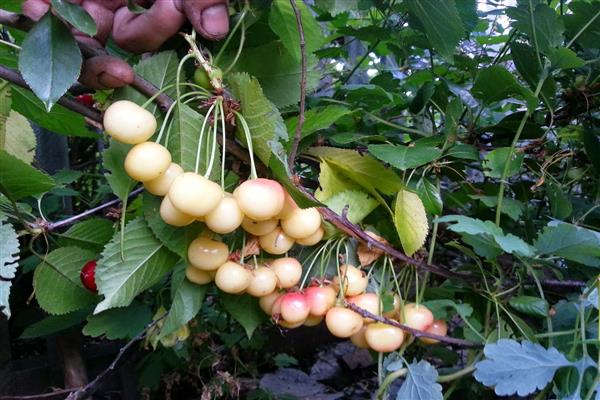 Further, the Fatezh cherry tree is cared for according to the standard. 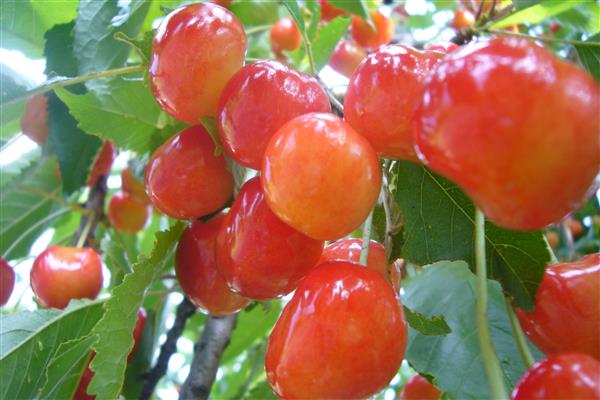 Cherry Fatezh is the best variety for cultivation in the Center and in the North-West of Russia.For more than fifteen years, cherry has been a leader due to the fact that it combines important features: resistance to frost and immunity to diseases and harmful insects, as well as a high yield rate and excellent taste of berries. If you take proper care of the tree, you can avoid unnecessary worries and troubles, and the tree will delight with fruits for about ten more years.

Cherry Fatezh: reviews of gardeners about the variety

Top dressing of cucumber seedlings after germination: cucumbers will be plump 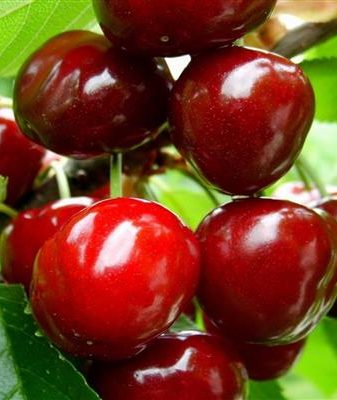 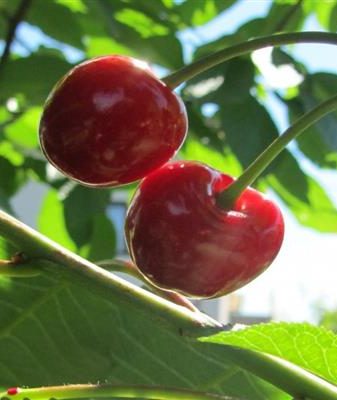 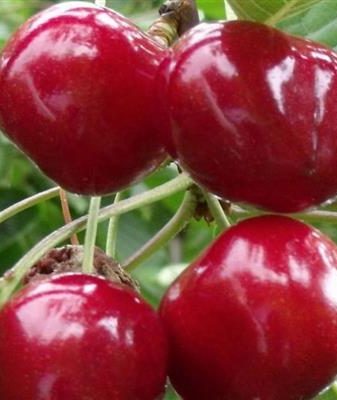