How to fertilize cucumbers in the open field
100

How to fertilize cucumbers in the open field

Crispy cucumbers in summer are what you need. Therefore, many summer residents strive to grow as many cucumbers as possible in their area. However, not all lands are rich in nutrients and trace elements, so they need to be fertilized. It should be said that cucumbers are a very demanding crop, so they need special care, a special soil composition. This means that the cucumbers need to be fed on time. In the article we will talk about: what to fertilize cucumbers in the open field.

How to fertilize cucumbers? 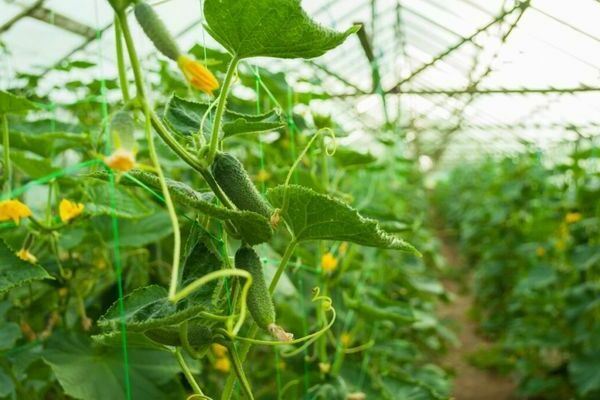 As you know, there are three types of top dressing: mineral, organic and complex. And in order to choose the right fertilizer, you need to take into account the variety of cucumber, the type of components required for a cucumber in one or another phase of growth, as well as the possibilities of the soil. Cucumbers are usually planted in early spring after the soil has warmed up enough. It should be remembered that India and Indochina are considered the birthplace of this culture. Therefore, you should know the following: cucumbers love warmth and moisture. Therefore, they must be watered in a timely manner. They are not very demanding on the soil, however, in order to grow a good crop, you still need to feed the soil. For top dressing, completely different types of fertilizers are used, usually organic and mineral. In addition, very often gardeners use folk remedies, such as iodine diluted in water, ash, chalk, and other mineral elements. An herbal infusion is effectively used, which is considered absolutely safe for plants and humans. It can even be used during the fruiting period. Keep track of what phase the plant is in. The fact is that during the growth period, cucumbers need one type of fertilizer, and, for example, during the flowering and fruiting period, a completely different one is required. During the period of growth, cucumbers need to increase the green mass, and during the period of tying bars, plants should think about how to form as many ovaries and fruits as possible. Any plant needs fertile soil, as well as nutrients that must be contained in this very soil. However, not all soils are rich in mineral trace elements. Therefore, feeding is considered a prerequisite for the normal development of plants. And even if cucumbers are not very demanding on soil fertility. However, everything needs to be done on time, and, most importantly, do not overdo it with fertilizers. After all, surplus can harm growth and development.

How to fertilize cucumbers: organic 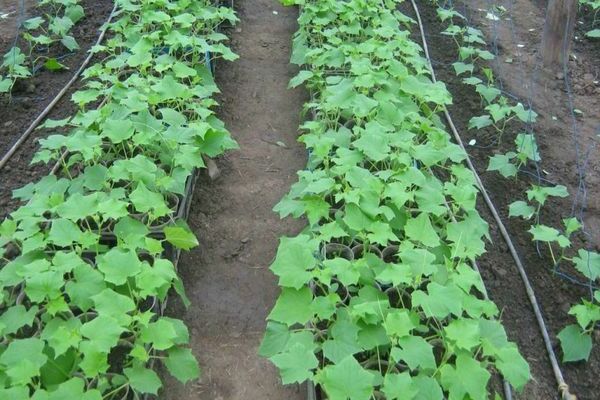 As you may have guessed, organic fertilizers are natural residues, which means that they are completely safe for humans. Plus, organic fertilizers are very cheap and sometimes free. Unlike mineral fertilizers, organics need time to enrich the soil with certain nutrients. Therefore, organic matter is usually introduced into the ground in the fall. Remember that organic fertilizers make the soil light, loose, and well structured. Summer residents love to make compost, which is laid out in layers in a pit, and then sprinkled with manure or earth. It is best to water the soil after composting. This is necessary in order for all nutrients to decompose and penetrate into the deep layers of the soil. However, it is best to apply compost in the fall, as nutrients are released only after six months. Cucumbers are very fond of compost, as it contains potassium, magnesium and nitrogen.However, compost has one drawback, it usually contains a lot of weed seeds and pest larvae, so it can cause some damage to the plant. Manure is very often used for feeding. However, it is better to apply it only in a rotten state. It can also contain weed seeds and various infections, so it is undesirable to apply fresh manure to the soil. It is best to use horse manure, as, for example, cow manure acidifies the earth. Poultry manure, which also contains potassium, nitrogen and other trace elements, is often added to the soil. But remember that it contains a lot of uric acid, so this organic matter should not be used in its pure form. Otherwise, you can simply burn the plants. Usually bird droppings are diluted in water or mixed with compost or peat, and then the beds are fertilized. Another cheap type of organic matter is green fertilizers. Siderata significantly improve the structure of the soil, enrich the soil with microelements, and also increase the number of earthworms. It is best to use clover, mustard or legumes as siderates. Bone meal and wood ash are often added to the ground. Bone meal contains a lot of phosphorus and calcium. And in the ash - iron, manganese and boron, as well as other trace elements. They are added to the soil to reduce acidity, usually diluted with water or mixed with soil in advance. There is no nitrogen in these fertilizers. 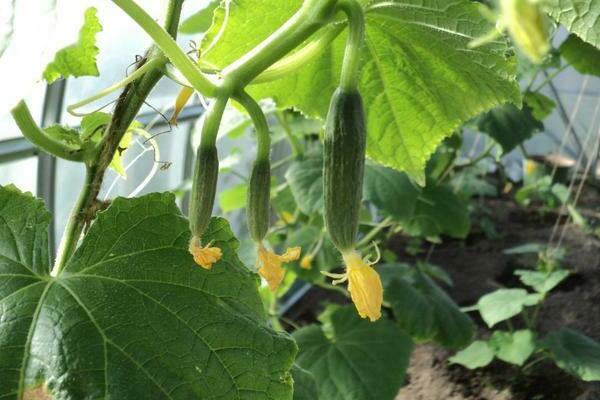 How to fertilize correctly 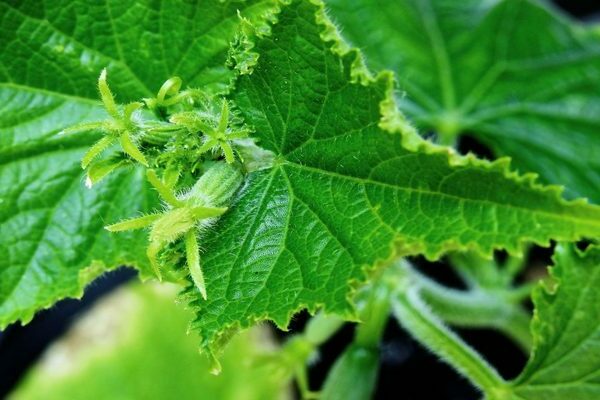 As we already wrote above, its effectiveness depends on the time of fertilization and the method. Therefore, you need to know when and how to feed the soil. By autumn, it is advisable to apply organic fertilizers, since in order for them to work, they need time. During the planting of cucumbers, straw or rotted manure is usually introduced into the hole. Moreover, it is important to cover the top with a layer of earth so that the plant does not have direct contact with organic fertilizers. Often, when planting, mineral fertilizers or ash are also applied. After the shoots have appeared, it is better not to use organic fertilizers. When the first leaves appear, it is best to water the seedlings with a solution of superphosphate, urea and potassium sulfate. After that, ready-made complex mixtures are usually used. Moreover, each next feeding should be no earlier than 10 days from the previous one. However, two weeks before the immediate harvest, you need to stop any fertilization. For cucumbers, foliar dressing is also used, spraying the culture with solutions of organic or mineral fertilizers with a weak concentration.

How to fertilize cucumbers: a folk remedy 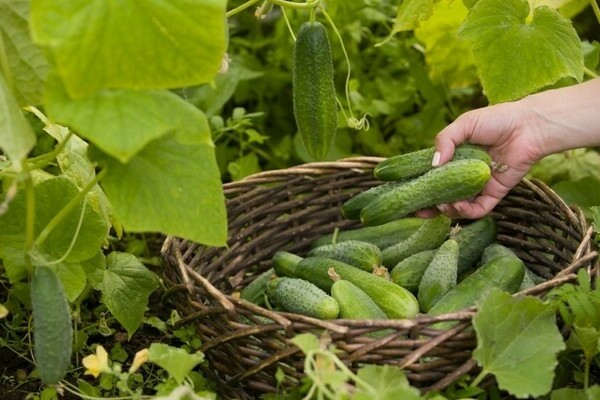 Very often, what to fertilize cucumbers is fed using folk methods. To do this, use an ash solution, yeast, iodine, honey, tinctures of onion husks or herbs. Ash is used to deoxidize the soil.Usually, three tablespoons are diluted in a liter of water and water the cucumber bushes for 10 days. Yeast must also be pre-diluted in water, and then allowed to ferment, and then water the plants. You can add more sugar to this top dressing. Cucumbers should be sprayed with a solution of honey in order to increase their immunity and resistance to many diseases. Iodine also protects cucumbers from many diseases and repels pests. Usually 10 drops of iodine are diluted in a bucket of water and water or spray the cucumber bush with the resulting solution, onion peel tincture also increases the immunity of cucumbers, and also repels pests. A handful of husks are boiled in one and a half liters of water and insisted, and then diluted in more water and watered cucumbers once every few weeks. If feeding does not help, then you need to adjust the rules for caring for the plants. Remove weeds around the plants in time, as they create shade and do not allow the cucumber bushes to develop normally. In addition, they extract nutrients from the ground that are so necessary for cucumbers during growth and flowering. Do not forget to water the plants, as they really need moisture. As you know, the cucumber fruit itself is mainly composed of water, which means that they need a lot of moisture. Water the plant early in the morning or late at night. This must be done so that a soil crust does not form on the surface of the earth. It does not allow further air to pass to the root system and does not allow the plant to breathe. 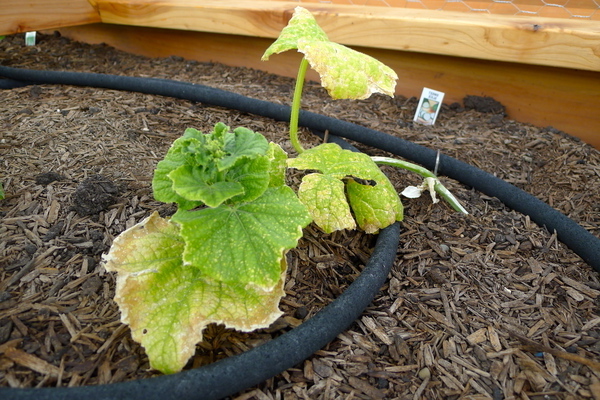 If your cucumbers do not grow well, then you need to know how to fertilize the cucumbers, it is advisable to add nitrogen-containing fertilizers and boron. You can try watering the plants with yeast solution. If the leaves of the cucumbers turn yellow. This means that it is time to water the cucumbers with a soda solution. To prepare this composition, you need to dilute one tablespoon of baking soda in a bucket of water and pour over the cucumbers. You can also use a solution with the addition of kefir for this. Remember that it is impossible to simultaneously apply nitrogen fertilizers and ash to the soil, since cucumbers may die from this feeding. Fertilize after watering. Best fed in the evening or morning. And also remember that it is not advisable to use fertilizer after the expiration date. Cucumbers are fed with organic, mineral and complex fertilizers. From organics, iodine, wood ash, chalk, kefir are often used. All this is preliminarily diluted in water in completely different proportions. Typically, each product has a different water to organic ratio, so be careful about what you add to the soil. Cucumbers can be fed both by root and outside by root. When you feed cucumbers under a bush, you first need to loosen the ground so that the feeding goes into the deep layers of the earth, and then only water the root part. After the watering site is dry, you will need to loosen the soil again so that the earth crust does not form. If fertilizer is applied dry, then first the topsoil is sprinkled with the appropriate type of fertilizer, then the soil is loosened a little and only after that the bushes are watered. Be careful not to get fertilizer on the stems and leaves of the plants, but this only applies to root baits. If you fertilize plants by foliar method, then you should spray the leaves and stems of the plants with a spray bottle. But remember, it's best to do this in the morning or evening. Many organic substances, moreover, protect cucumbers from various diseases and pests. Therefore, feeding is very useful. But do not abuse this, since the surplus is also useless for plants. Feed the cucumbers correctly and crunch them with fresh green cucumbers!

Agapanthus: TOP secrets of planting and care, photos, the best species and varieties

Gooseberry Mashenka: a detailed description and tips for care