Rutabaga and turnip what is the difference
408

Rutabaga and turnip what is the difference

Botanists unanimously argue that as such there is no difference between these two cultures. Both rutabaga and turnip are representatives of the same family, and even of the same genus. However, for us, as consumers, there are still differences between the turnip and the turnip. And they are observed not only in terms of taste. Therefore, the topic of our article: rutabaga and turnip, what is the difference?

Rutabaga and turnip: what's the difference? 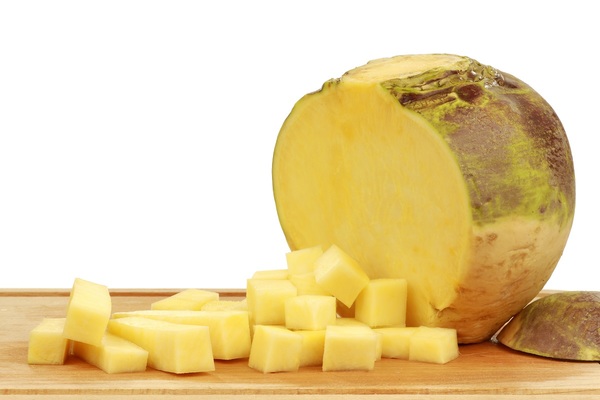 Of course, rutabaga and turnip have differences, often very obvious and distinct. These plants are usually grown in the same or very similar conditions. At the same time, care and planting may differ due to the timing of ripening. As for taste, nutritional and caloric value, there are small differences.

Let's start with the origin. It's hard to say exactly when rutabaga appeared. Some botanists suggest that it appeared not so long ago, a maximum of five hundred years ago, in the southern part of Europe. How this plant appeared: was it discovered in the natural environment, or artificially bred, is unknown. Many are of the opinion that the rutabaga was obtained by crossing the local cabbage species with turnips. It should be noted that rutabaga is most popular in the north, so these statements are unlikely to be true.

There is another version about the origin of this vegetable. It is believed that rutabaga was first obtained in the eastern part of Siberia, at the beginning of the 17th century. Then this culture was spread in the Scandinavian countries, and only after that it reached the territory of Europe.

As for the origin of the turnip, the situation here is somewhat simpler. She became known to humans two thousand years BC. It was first discovered in western Asia, as well as in the Middle East. After that, it spread to many countries in a fairly short time.

These plants today have almost the same habitat conditions. In order for vegetables to develop and ripen normally, sufficiently low temperatures are needed, about +6 +8 degrees. If such plants stay too long in conditions of high temperatures, higher than +20 degrees, then this may not in the best way affect the taste and quality characteristics of vegetables.

For this reason, rutabagas and turnips are grown in industry, as a rule, in the northern regions of the country, as well as where temperate or sharply continental climate prevails. On the territory of the southern regions, where temperatures are quite high, there are usually turnips adapted to such conditions.

As for the appearance of turnip and turnip, there are also differences. The aboveground part of the turnip and turnip has quite a few similarities. The flowers of both vegetables are yellow in color, with four petals. In both cases, the flowers are grouped in tassel-like inflorescences. Leaf blades also have a similar appearance, the same goes for seeds with pods. Basically, the roots of rutabagas and turnips differ.

As a rule, turnip roots are slightly flattened, but rutabagas are usually found with a pointed shape. The surface of the rutabaga root is slightly thicker than the rind of a turnip. The color characteristic also has some differences. Turnip has a light skin, with a white or yellowish tinge, the color is usually uniform. But at the root crops of the swede, purple, gray and even red tones prevail on top. At the same time, the lower part has a yellow color.

The pulp of rutabaga and turnip also has differences, in this case there are more color options for rutabagas than for turnips.The flesh of the swede can have almost any shade, and the turnip, in turn, is usually white or yellowish in color.

As for the composition of root crops, there are also some differences between rutabagas and turnips in terms of vitamins and mineral elements:

For the rest of the characteristics, rutabaga and turnip have approximately the same composition.

In addition, turnip has fewer kilocalories (twenty-eight), while in the rutabaga there are about thirty-seven of them.

Both the one and the other vegetable can be eaten fresh, as well as subjected to various treatments. They can be used to prepare various dishes: from salads to main dishes. Rutabaga and turnips can be boiled, stewed, or fried. Rutabaga is usually combined with a variety of vegetables and cooked in stew-like dishes. And turnips are very often cooked in their own juice. Today, there are more and more experiments in cooking, including with these root crops.

As for the taste characteristics, everything is quite subjective here. Many people say that rutabagas are not as tasty as turnips. At the same time, it contains more nutrients and elements.

Turnip and rutabaga are often used for medicinal purposes, with similar indications, treatments, and contraindications.

Rutabaga and turnips: how to grow properly 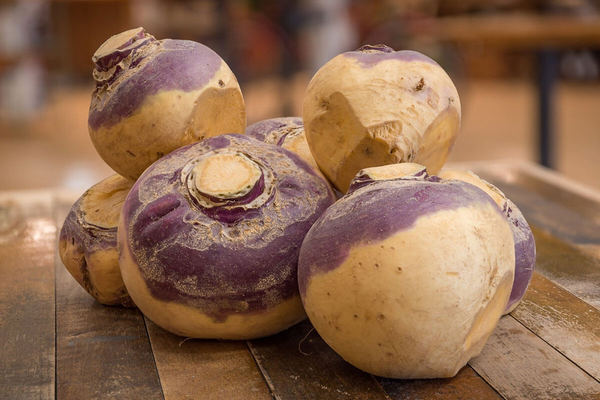 Rutabaga and turnips are grown in similar ways. The rules for planting and further care of crops are completely the same, the only differences are the timing of the ripening of root crops, and, accordingly, the timing and methods of how these crops can be planted.

Vyshegorodskaya fodder is considered a fairly popular variety of rutabagas. This rutabaga ripens in about one hundred and thirty days. It is best to plant such a variety in a seedling way.

Turnips are most often grown in two passes. It is planted once in early spring, in April, occasionally in May and early July. Root crops harvested from the first harvest are used in the summer. The second crop is harvested almost at the end of autumn. Such a crop is usually stored for the winter in a cool room, such as a cellar or basement.

Such a scheme for growing rutabagas is impossible, since the first harvest simply will not be able to ripen in time. This, of course, concerns the timing of ripening, but not only for this reason. In order for any of these root crops to mature normally, they need pretty cool conditions, about +6 +8 degrees. Summer turnip is even more or less good in its taste characteristics, but an incompletely ripe rutabaga is unlikely to please.

In addition, in order to improve the taste of turnips, which are harvested for the winter, they are removed somewhere two to three weeks later than rutabagas. This is also due to the taste characteristics of root crops. The fact that rutabaga still remains to ripen in the fall (September - October) does not affect the taste so much than the same in the case of turnips.

For these reasons, it is best to harvest rutabaga around the fifteenth of September until the end of the month. At the same time, it is better to collect turnips in mid - late October. In this regard, turnips should be planted in the summer, in June - July, and the planting of rutabagas is in April - May.If the danger of returning low temperatures has not yet passed in April, then it is better to play it safe and grow rutabagas using seedlings.

As for the turnip, it is almost never grown by the seedling method.

Which one to prefer: turnips or rutabagas? 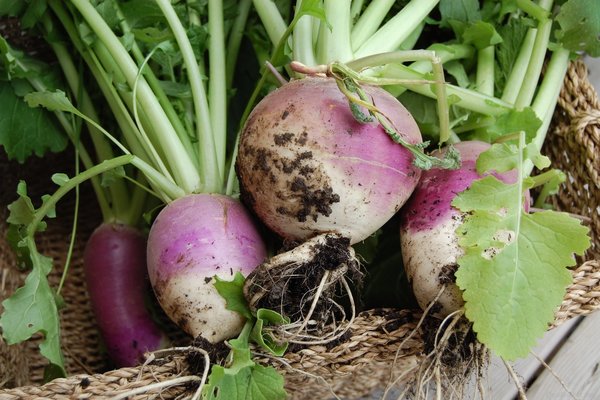 Most likely, there is no definite answer, since the taste of all people is different, and accordingly, someone loves rutabaga more, and someone a turnip. Many people believe that turnips are tastier, while rutabaga has a large amount of substances and elements useful for humans. At the same time, the scope of application of these root crops can be different, they can well complement the first, second courses, and are also good fresh, for example, in salads.

As for the beneficial properties, the turnip helps better against colds, and as for the swede, it is able to normalize the metabolic process. It should be noted that both the one and the other root vegetable equally well contribute to the normal functioning of the gastrointestinal tract.

Although the differences between turnip and rutabaga are not so obvious, they are still there. They are close relatives, but they still belong to different species. The main differences are present in the external parameters of vegetables, as well as in their chemical composition. As for the landing, there are also slight differences. These features of both crops have an impact on the palatability and the area of ​​their use. 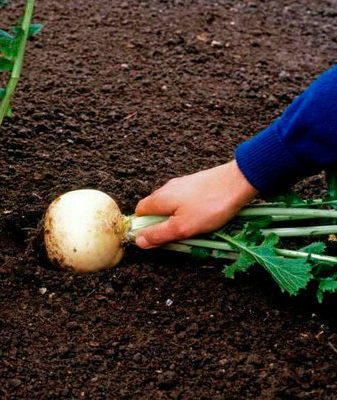 When to remove turnips from the garden
This representative of vegetable crops is considered forgotten, turnips appeared in Russia long before the appearance ... 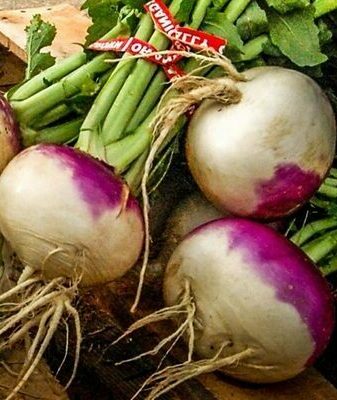 Forage turnip
Today, few people pay attention to turnips. After all, there are many much more ... 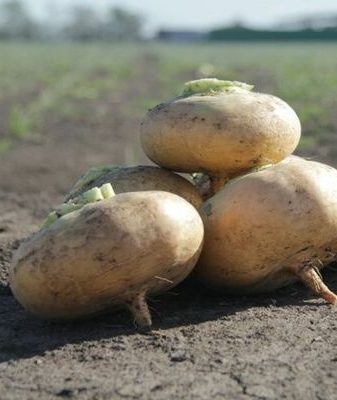