Delphinium is one of the favorite plants of more than one generation of gardeners. For how long they forgot about it, however, with the advent of a huge number of new hybrids, distinguished by lush inflorescences and a huge variety of colors, the delphinium is again at the peak of popularity. In addition to external attractiveness, the plant is completely unpretentious to growing conditions and care, frost-resistant and tolerates drought well. At the same time, delphinium is attractive not only for gardeners, delphinium diseases bring a lot of trouble to the gardener. 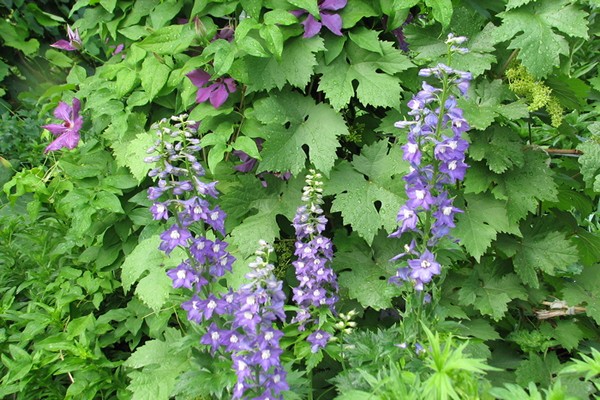 In most cases, diseases affect the delphinium during marked fluctuations in temperature, after prolonged periods of rain and damp weather. In addition, infection and damage by pests occurs due to the proximity to weeds that are carriers of pathogenic microorganisms and places of accumulation of insect pests.

Especially severe consequences of delphinium diseases are noted on weak bushes. Their greens quickly turn yellow, begin to dry or become moldy when the infection is of fungal origin.

Sometimes, the development of delphinium disease begins with yellowing of the lowest leaves, and, the inflorescences, gradually deform, losing their shape and gathering in an ugly bunch. Such signs are characteristic of aster jaundice. This is a viral disease carried by insects - aphids, cicadas, etc. Often, pests introduce this virus from weeds. First of all, you need to remove the infected plants, as well as weed out. Then carry out the treatment of plantings with drugs against insects - carriers of the virus. 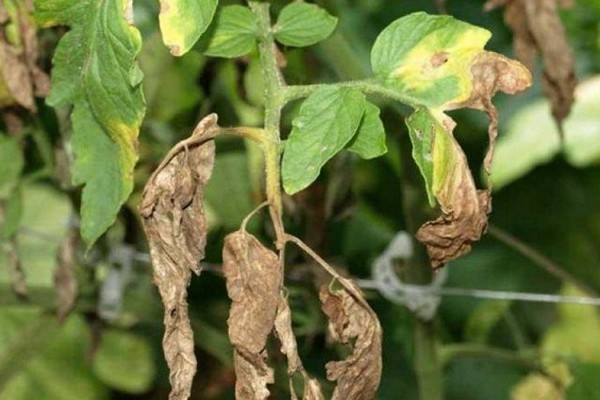 If multi-colored dots, orange, brown and yellow, begin to appear on the stems and leaves of the delphinium, these are signs of the presence of ring spot, and possibly tobacco mosaic. The disease got this name because it was the infected tobacco plant that was able to isolate the virus. It should be noted that it was back in 1935, and the virus is still "alive".

Bacterial wilting begins with the leaves, they become lethargic, yellowness appears. If you cut off the stem, then the bacterial substance will begin to stand out, and the cut itself will be yellow or brown. There are many ways of infection with these diseases. The pathogen can be in the soil at the site and through the roots penetrate into the conducting system of the plant, it can be transmitted by insects - pests or get into the irrigation water.

Dark spots on the stem that merge to create the appearance of a completely black stem are signs of Black Spot. A gray-white bloom on the leaves is a sign of powdery mildew damage to the plant.

It should be noted that the delphinium is able to cope with some diseases, but, nevertheless, more often, diseases and viruses lead to the death of the plant.

Similar signs of damage can be observed when a plant is attacked by insect pests. Various beetles, aphids, slugs, mites, feed on parts of the plant, suck the juice out of it, lay eggs, from which later larvae appear, which also harm it. As a result - the wilting of the plant, deformation and drying of leaves, inflorescences, that is, a complete loss of the decorative type, for which, of its own, flower crops are grown.

Diseases and pests of the delphinium, most often infecting the plant. 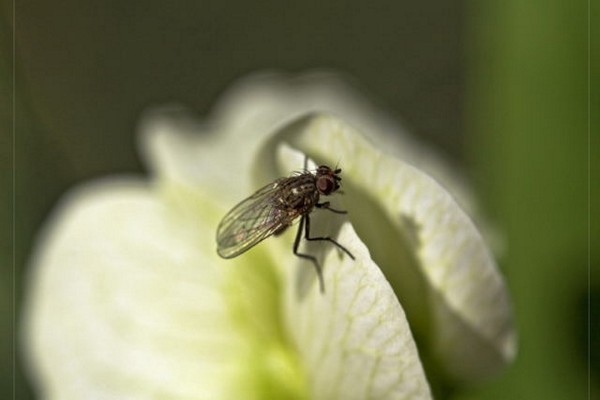 Powdery mildew.This delphinium disease is of fungal origin and affects most horticultural and horticultural crops. A delphinium infected with powdery mildew immediately loses its inherent brightness. Leaves and inflorescences are coated with plaque, which is why the delphinium turns pale. Over time, the plant dries up, the bushes turn brown and the delphinium becomes completely unrecognizable. Powdery mildew spreads rather quickly, and with increased air and soil humidity, its activity increases significantly. Therefore, if the disease is neglected and the affected area is already large enough, then the plant will wither and die. Weeds are often carriers of infection.

Therefore, in order to prevent powdery mildew from affecting plants, it is important to regularly weed the weeds.

In addition, chemical preparations aimed at combating the disease, and the plant have a depressing effect, weakening its resistance to external factors.

If among the diseases, the delphinium most often affects powdery mildew, then among the insect pests that often attack the plant is aphid. Pests feed on plant sap. Affected by aphids, the delphinium is literally strewn with insects. The likelihood of aphid appearance is especially high if there is an anthill nearby. It is the ants that carry it. 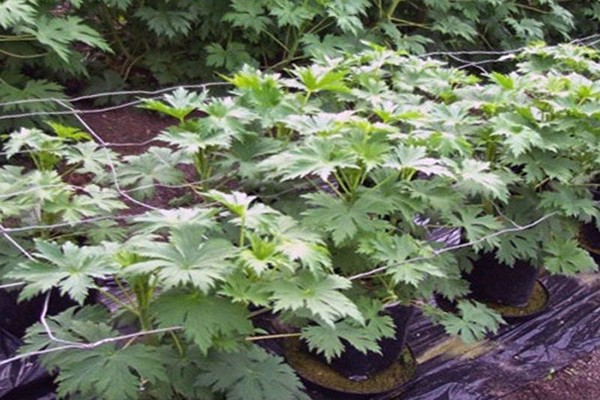 It is possible to save the delphinium, extortions and disease, and pests only at a very early stage. Plants should be regularly inspected, since any external changes, such as: unreasonable wilting and falling of leaves with regular watering; the appearance of spots on the leaves and stem, and so on. In addition, it is important to remember that, first of all, the disease affects the lower part of the plant. Therefore, external changes in the lower leaves or part of the delphinium stem should not be ignored.

If this delphinium disease is detected, it is recommended to treat the entire area with Topaz and Fundazola solutions. Processing is carried out twice, taking into account the terms specified in the instructions for use of the drug. 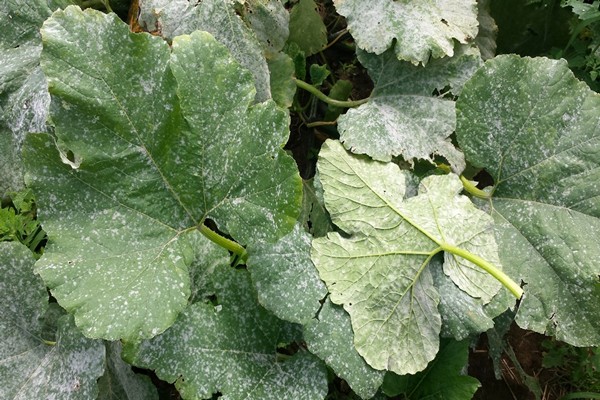 If you had to deal with jaundice, the signs of the appearance of which we described earlier, then the plant will have to be dug up and burned. Insects, which can carry the disease, lay their eggs in the roots of the plant. Therefore, removing only its aboveground part will only contribute to the further spread of pests and the treatment of the site will become useless, since insects, over time, will get to the surface and continue to infect other plants.

The development of such a delphinium disease as black spot can also be prevented only at its initial stage. The affected areas of the plant are removed and the delphinium is sprayed with a tetracycline solution, which will suppress the action of pathogenic microorganisms. Infected parts - stem, buds and leaves must be burned.

In the case when the delphinium disease is in a neglected state, the plant is dug up and burned. You will have to do the same if the delphinium is affected by annular spotting. 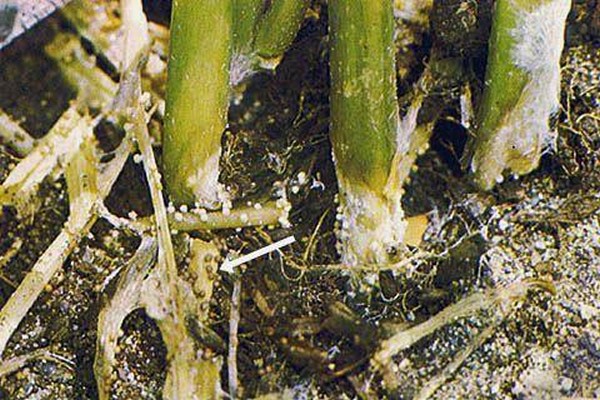 Pest insects are known to cause delphinium no less harm, especially those that settle in the root system of the plant.

Measures to combat them depend on the type of insect, otherwise they may not be effective and will not lead to the desired result.

To combat the larvae of the delphinium fly, which infect the roots of the plant and the bottom of the stem, the soil around the bush is spilled with a 10% solution of prometrine.

Aphids are disposed of with the help of a soap solution, tobacco infusion, or insecticides are used, in the case when the scale of insect colonization is already significant.

Lime is used against slugs, distributing it over the site. Also, you can carry out the treatment with "Metaldehyde". It should be noted that slugs are dangerous not only because they eat plants.These pests feed on fungi, thereby transferring fungal diseases and infecting plants. 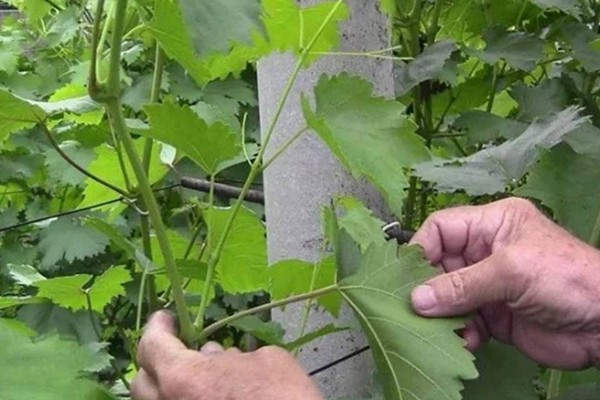 Flower crops, in contrast to shrubs and trees, are much less resistant to diseases and pests. Pathogenic organisms act on them faster and more often lead to the death of the plant. That is why preventive measures are especially important. 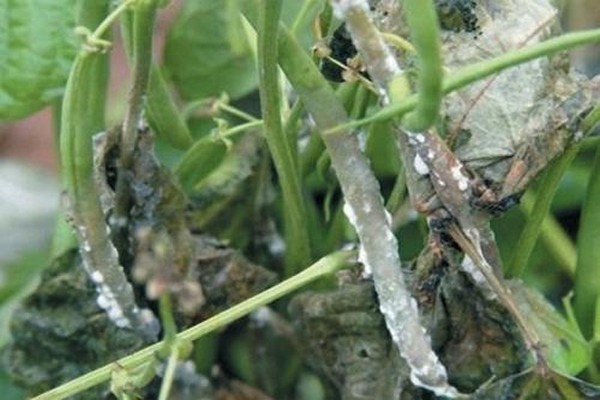 What gardeners advise against delphinium diseases

Gardeners with successful experience in preventing the appearance of diseases and pests of plants recommend adhering to just a few rules in order to avoid many problems and preserve the decorative effect of the garden.

Only taking care of the garden will preserve its beauty and attractiveness. And when the care is timely, then you will not have to worry about the fight against delphinium pathogens and pests.

Beet seeds: how to soak properly?

Why apples fall from an apple tree before ripening 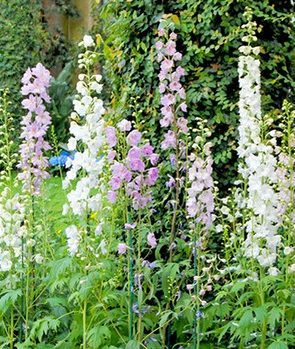 Delphinium annual (Shpornik).
Delphinium, Larkspur, and also Shpornik are all different names for one plant. By ear, in a circle ... 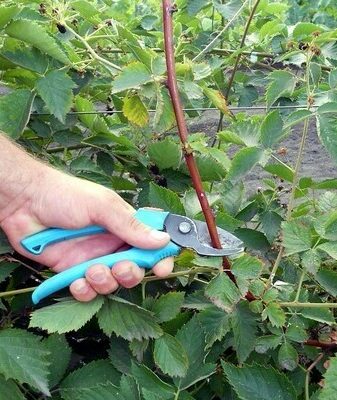 Pruning blackberries in autumn
In the autumn period, blackberries require special attention to themselves, and this also applies to pruning, since ... 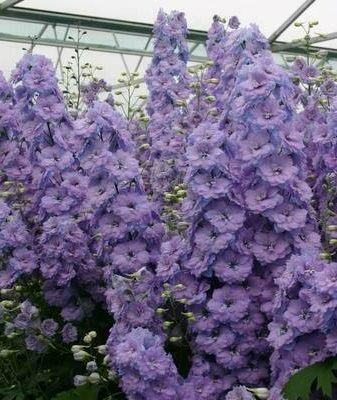