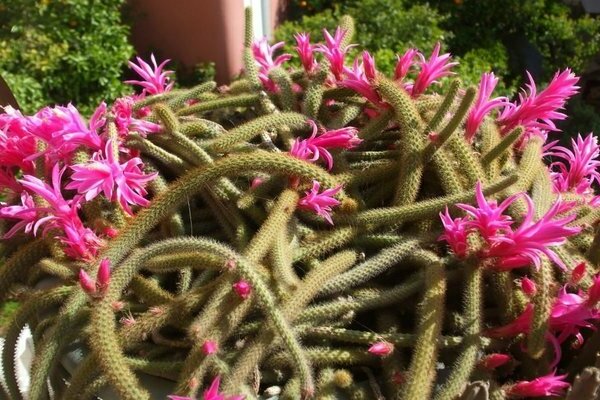 This type of cactus is not difficult to grow and propagate even at home. 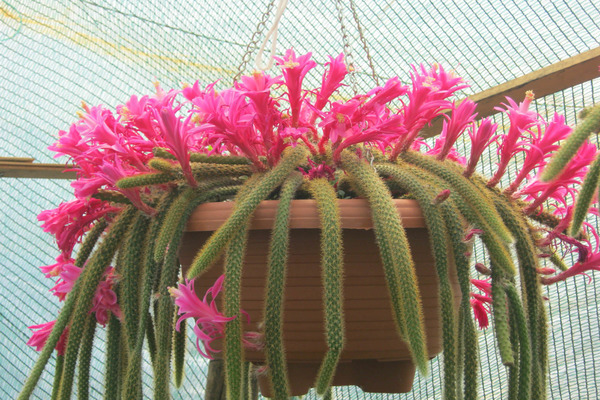 Aporocactus is a genus of perennial plants that belongs to the Cactus family. Homeland - Central and Southern Mexico. The plant has hanging, branching, often rather elongated shoots with short, like bristles, yellow-brown spines. Young stems have a light green hue, but over time it changes to a darker one, closer to gray. The flowers are bright pink or red, very large, up to ten to ten centimeters in diameter. Each individual flower stays on the plant for only a few days, but new ones soon appear instead, thanks to which the plant remains in bloom for a long time. The flowering period is spring or summer.

In the literature, until now, Aporocactus are often called Dizocactus, since changes in the classification have occurred not so long ago. However, among gardeners, these plants are considered almost synonymous. The differences are really insignificant, but still there are - in the circumference of the stems: in Aporocactus they are rounded, while in Disocactus they are not. Botanists believe that the species Aporocactus moenhoffi is closest to the genus Dizocactus, but we will consider many species according to the still widespread classification, which is still more familiar to most gardeners. Both species are closely related and are very similar to each other both in cultivation conditions and in appearance.

1) The most popular among florists is grown - Aporocactus lash-shaped... It is distinguished by fleshy, drooping shoots that can reach lengths of up to one hundred centimeters, and two to three centimeters in diameter. The ribs on the stems are not pronounced with small areoles and small spines. It blooms with beautiful bright pink flowers, and after flowering leaves the fruit - a round bristly red berry.

2) Aporocactus Conzatti or Martius (currently considered one species). A less common species, however, is also quite popular. The stalk of the Conzatti is thicker, the ribs stand out clearly, resembling small papillae. The spines are easily distinguished as central and radial, reaching up to one centimeter in length. The flowers of this type of cactus are orange-red, large, up to nine centimeters in diameter.

3) Disocactus Ackermann (also known under such names as: Aillocactus Ackerman and Ackerman's nopalcoxia). The width of the three-edged dark green stems is four to five centimeters, they resemble belts in outline. They have crenate ribs without spines; instead of them, sparse bristles grow. The plant blooms with large pink or red flowers. Long, curved and flattened stems need to be well supported during flowering. Serves for breeding varieties.

4) Disocactus Biformis... Has flattened with a serrated edge, leafy, dense stems. It stands out for its bushy appearance and medium-sized, up to five centimeters, flowers of a pinkish or red hue.

5) Mullison's aporocactus. Massive, long stems of this species have large zigzag ribs with thin radial spines at the apices. The flowers of Aporocactus Mallison are red-pink, sometimes purple. They reach eight centimeters in diameter.

An incredibly hardy plant, does not require special conditions of maintenance and needs minimal maintenance. But keep in mind that the plant requires bright lighting, but in no case direct sunlight. The main challenge is to give it enough light in the winter months - after all, it is in December-January that flower buds are laid. For the abundant formation of flower buds, Aporocactus needs ten hours of light a day. To give the missing light, you will need to use additional lighting lamps.

During the growing season, the temperature regime can be normal room temperature. You can also take it to the balcony or veranda so that the plant is in the fresh air, but rain and direct rays should not be allowed. From mid-autumn to early spring, the temperature should be reduced to twelve degrees Celsius. The dormant period is very important for the plant, it affects the quality and quantity of flowers.

How to water Aporocactus and the issue of air humidity

At the time of the most active development and growth, the cactus must be watered so that the soil is always moist, but not wet. Water for irrigation should be not hard, filtered and settled. When the dormant period begins, watering can be stopped.

Air humidity does not play a big role for this species. It feels great even in dry air. Fertilizers need to be applied only from spring to autumn. In winter, the cactus does not need them.

Suitable soil for the plant

The soil for the plant should be loose, neutral-acidic with a good drainage layer. If you have already purchased a suitable soil from the store, then simply mix it with fine gravel.
If you want to make a soil mixture with your own hands, then you will need: humus earth, leaf earth, coarse sand and fine gravel.

Due to the fact that the root system of this species is not particularly developed, the pot should be small in size with holes for drainage.

How to transplant correctly

It is necessary to transplant only if the situation requires it. For example, if the root system has grown and filled all the space. This must be done along with the entire earthy lump so as not to damage the root system.

How to propagate using cuttings

To do this, you need to cut off the tops of the shoots so that they are about eight centimeters long. Next, you need to dry it a little. Then prepare a mixture of peat soil and coarse sand and stick the shoot in there. In order for the cutting to successfully root, it is necessary to provide it with greenhouse conditions, namely, to maintain a temperature of twenty degrees Celsius, a sunny day should be about ten hours a day.

This method is only available to professional breeders. This is a very difficult method and it will not work out at home.

Due to the fact that the whip-like Aporocactus is a rather vulnerable and delicate plant, it is impossible to delay with treatment. The most important enemy among insects is the spider mite. It sucks the nutritious sap out of the plant, which leads to the formation of yellowish specks. You can recognize it by the appearance of a small cobweb. If you notice its presence, then you need to immediately treat the plant with a special preparation, you cannot delay it.

The whip-like Aporocactus can get sick with gray rot, which appears due to too much watering, or poor drainage. The affected areas must be cut off, and the cut sites must be disinfected with coal powder. 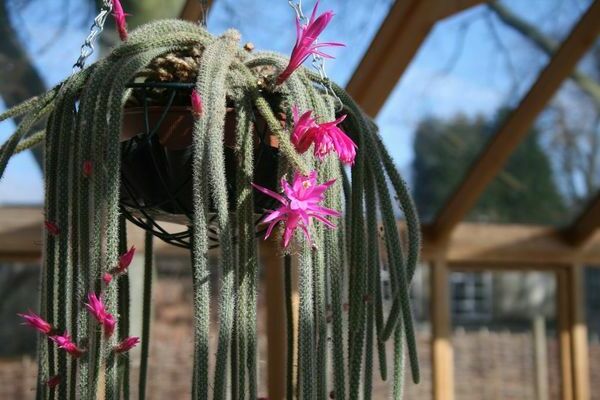 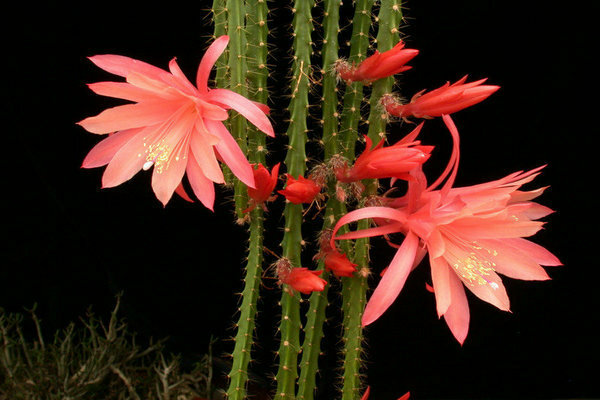 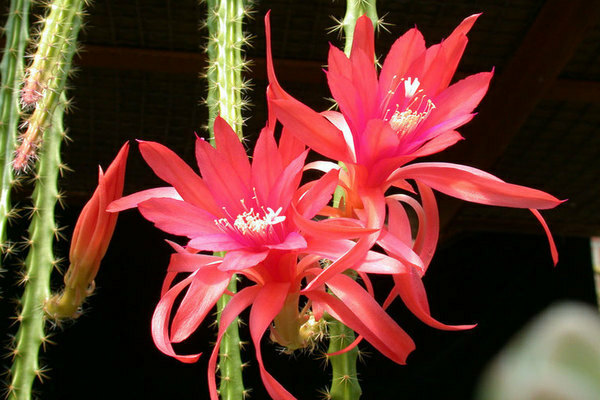 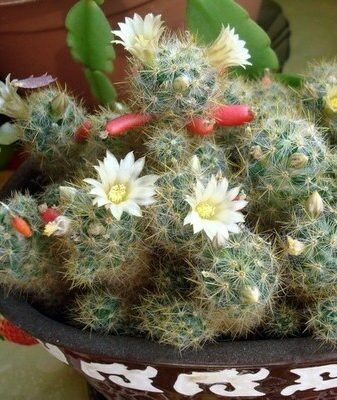 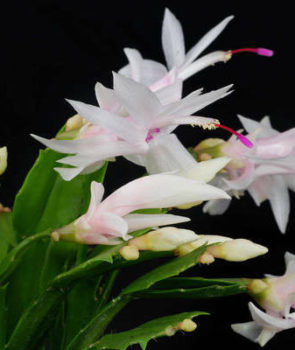 Zygocactus and how to care for it
Zygocactus: a description of the indoor flower Zygocactus: photo Zygocactus is an epiphytic culture from ... 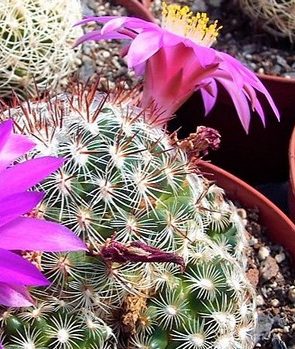 Mammillaria cactus - many-sided and amazing
Mammillaria is the conqueror of many hearts of those who love to grow cacti. This popularity ...
×