"Agrokiller + Magnum" - a preparation for the destruction of hogweed
185

"Agrokiller + Magnum" - a preparation for the destruction of hogweed 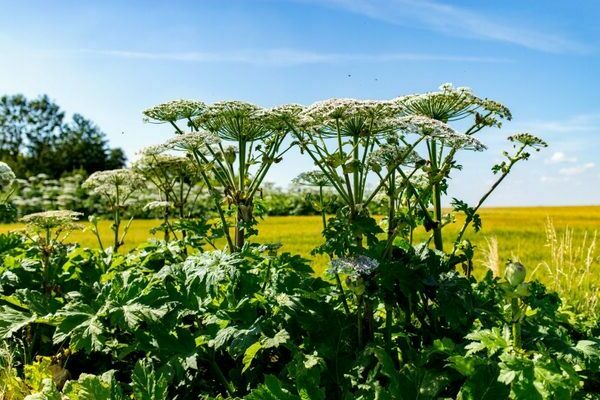 Often we have to deal with such a plant - a weed like cow parsnip. During the Soviet era, this plant was specially planted as feed for livestock. Some time later, it became clear that the plant is not so much useful as it harms the surrounding plantings. The hogweed grows very quickly. It crushes all surrounding plants. Hogweed juice contains various essential oils that are very harmful to the skin. Contact with it causes not only dermatitis, but also serious burns. Fighting this weed is extremely difficult. However, experts have developed, so to speak, an antidote that will help you get rid of not only hogweed, but also other weeds.

The hogweed is a huge plant. The height of the plant can reach more than one meter, and there are those whose stem reaches three meters. The leaves of this plant are large, light green in color, with a carved shape. The flowers of the hogweed resemble an umbrella. The diameter of the umbrella can be up to 50 cm or more, due to which approximately 100,000 seeds can ripen from one plant. Ripe seeds are easily carried by the wind for hundreds of meters. Therefore, if you decide to get rid of the cow parsnip in your area, you must do this before the umbrellas ripen. Most often, hogweed is found in unkempt and abandoned areas. However, it can also be seen near trails and near lakes and rivers.

Control of hogweed and other weeds 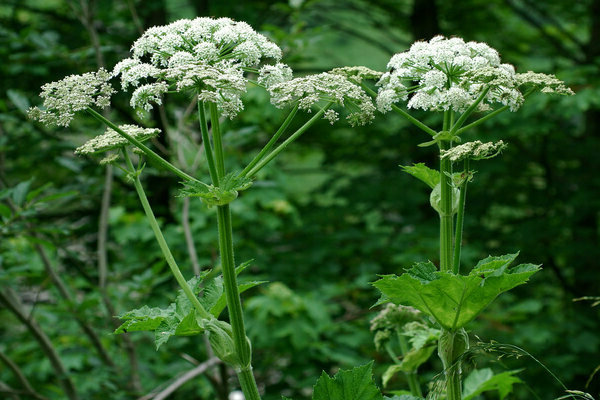 Since 2015, this crop has ceased to be fodder. In addition, they began to actively fight with it, as with a weed, since this plant significantly disrupts the ecosystem. In the Moscow regions, even fines are applied to those who have hogweed growing on the site. And for the active destruction of land from weeds, bonuses are paid.

To combat this plant in large areas, agronomists have developed special solutions and mixtures that consist of systemic herbicides. These mixtures are used to destroy not only hogweed, but also wheatgrass, loaches and dandelions.

Also, there was a drug for fighting hogweed and other weeds, available for "our brother". This drug is produced by the firm "August", and it is called "Agrokiller + Magnum". This remedy is especially active on low hogweed plants.

So, after treatment with the proposed solution, the plant dries up and dies. According to the instructions, the drug must be diluted with three liters of water and sprayed on the plant. Some of the components remain in the soil for some time, which allows you to get rid of other seedlings. Thus, using the Agrokiller + Magnum preparation, you can also defeat nettles, sow thistles and other unnecessary vegetation. After you have rid the site of hogweed and other weeds, you must plant the site with some other crop, otherwise there is a risk of the return of the weed. Lawn seeds or some kind of cereal work well. Dense plant density will prevent the remaining seeds from growing.

The effect of the drug on other plants 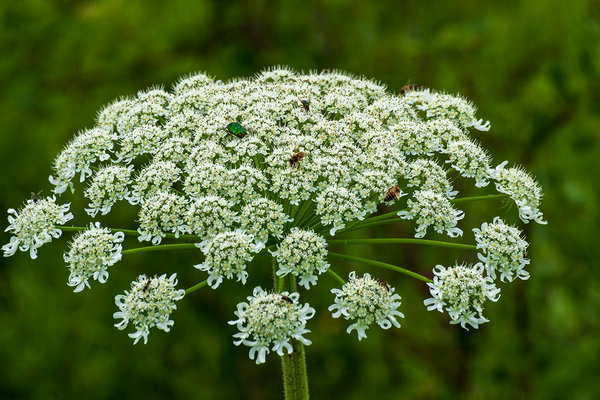 When using this drug, it should be borne in mind that it has an effect not only on weeds, but also on other crops. Therefore, during processing, it is necessary to protect the rest of the plantings, and also not to carry out processing in the place where it is planned to plant any flowers or vegetables.

Curly tomatoes: causes of the virus, methods of struggle

Seedlings of bitter and sweet pepper - differences and features